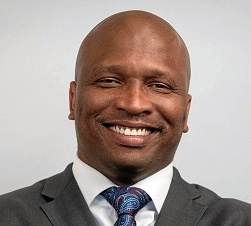 Verder-Aliga was chosen as vice mayor, though she had served in that capacity before. If tradition had been upheld, Council Member Hakeem Brown would most likely have been appointed to the job of vice mayor. But Brown was not present at the meeting, citing a business trip. McConnell also said that he reached out to Brown about being vice mayor and did not get a response.

Thirteen people called into the meeting to voice their opposition to Brown being elevated to vice mayor, with nearly all citing his past history of felony domestic violence. Council Member Pippen Dew, however, nominated Brown because she said he is a council member and should be expected to do the work of one.

All of this started a bit of a rumor-mill going that Brown might back off being on the council and that he had declined being vice mayor after asked. Fuel was added to this when a reader saw his office being dismantled. But Brown assured the Times Herald that he is very much committed to the council.

“We got rid of the campaign office because the campaign is over,” he said. “Unnecessary expense. Other than that, I’m looking forward to serving the citizens of Vallejo in the new year.”

He also said that he would not have declined being vice mayor.

Brown also used his personal Facebook page to congratulate McConnell and the elected council members. He also thanked people who wanted him to be nominated as vice mayor.

“I would like to thank everyone who spoke up at last Tuesday’s city council meeting or wrote emails in support of the city council following protocol and me becoming Vallejo’s next Vice Mayor,” he wrote.

“Though I was passed over, again, for me, getting the work done is more important than titles,” Brown said. “I look forward to serving our citizens and fighting for those who don’t have a voice at city hall and never had a voice.”