HomeLasorda inspired many while being an ambassador to ...
Posted by: admin , January 8, 2021 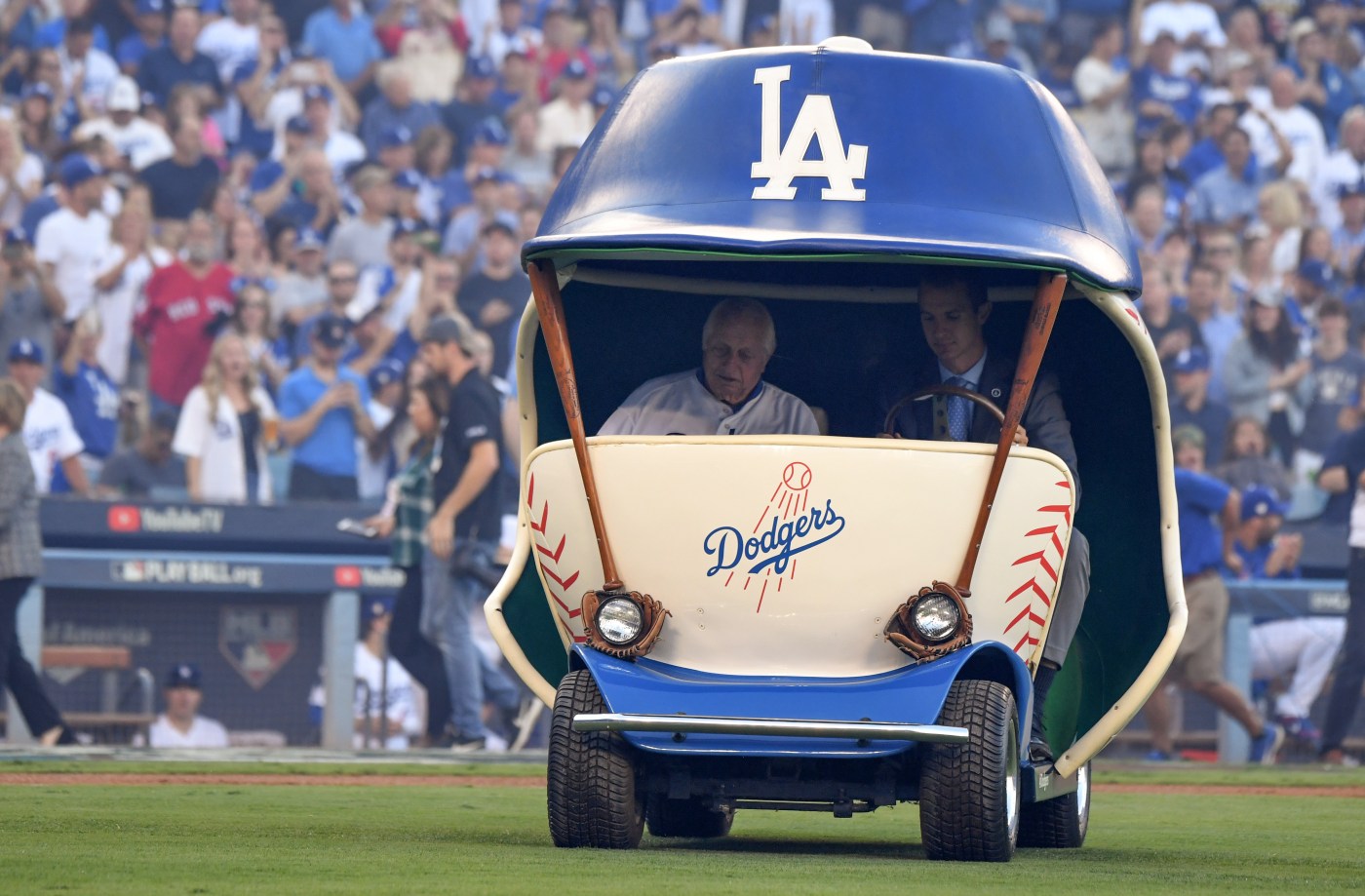 About 14 years ago while I was working in Southern California, I covered a motivational speech given by former Los Angeles Dodgers manager Tommy Lasorda.

Lasorda was definitely someone that made it happen.

The Hall-of-Fame manager won two World Series with the Dodgers, the second one in 1988 with a team that was about as much of an underdog as the tortoise was to the hare. His motivational ways continued to inspire after he stepped down from leading the Dodgers, as he led Team USA to the gold medal in the Sydney 2000 Olympic Games. When I spoke with Lasorda, he mentioned he was more proud of that victory that any other.

However, the man that for years bled Dodger blue has now passed away at the age of 93, as Lasorda died of a heart attack on Thursday afternoon.

Dodger fans loved him and Giant fans loved to hate him, but the no matter your opinion of him, you had to admit he was an exceptional ambassador for the game of baseball. He loved everything about the sport (well, maybe not a Dave Kingman home run) and when being around him you couldn’t help but get inspired to do something great with your own life.

As a young sports reporter in 2007 I interviewed the man and although I was trying to be professional, I just had to ask him about the story in 1988 with Kirk Gibson in Game 1 of that year’s World Series. Not only did he think it wasn’t an off-topic question since the story was about his motivational speech, but he gave an answer that made it part of the story. After his colorful and animated way of talking about the legendary homer, it made even myself want to run through a wall for him.

I spoke with Lasorda again a few months later at Opening Day in 2008 for the Dodgers. I was covering my first ever MLB game and was a little nervous as I looked for interviews in the clubhouse. I spotted Lasorda and asked if I could discuss past Opening Days with him. He asked me what paper I was with and I said I was with the Acorn Newspapers.

“The Acorn???” Lasorda said in a booming voice heard throughout the clubhouse. “Why would I want to talk with a reporter with the Acorn?”(Despite having superb journalists, we were a smaller paper than the nearby Los Angeles Times or Daily News).

“Look, Tommy can you talk or not?” I responded, trying to give it right back to him. Lasorda then let out the biggest grin I have ever seen to indicate he remembered me and was joking. He then not only talked about Opening Day for a few minutes, but he also made sure I got interviews soon after with people like Don Newcombe, Matt Kemp and others.

My favorite story Lasorda told me, however, was about one time the Dodgers prepared to face the Cincinnati Reds in a regular season matchup.

“We were once in Cincinnati, and I went to a church to pray for the Dodgers to pull out a win that night,” Lasorda said. “While I was there I saw Mac (former big league manager John McNamara) at the same church. He told me to wait outside, and he would meet me.

“Well, I saw him out of the corner of my eye going to light a candle. I knew why he was there lighting that candle, so I snuck in to the other side of the church and waited until he left. Then I blew out that candle. We won that night, 13-2, and I kept shouting from the dugout, ‘Hey Mac, it’s not going to work! I blew the candle out!’”

Rest in peace Tommy, you will be missed.

Often newspapers and magazines will have best of the year lists as a new year approaches. However, sometimes a top milestone is missed because it comes before the new year, but after that media publication has ran its best-of section a day or two after Christmas. That happened this year with Becky Hammon.

San Antonio Spurs assistant coach Hammon became the first women to serve as a head coach in the NBA on Dec. 30 against the Los Angeles Lakers after usual head coach Gregg Popovich was ejected from the game.

Hammon knows her stuff and I believe could make a perfect head coach for some team, hopefully soon. She  was a three-time All-American basketball player for the Colorado State Rams, and went on to play for the San Antonio Stars and New York Liberty of the Women’s National Basketball Association and for several other teams outside the United States.

Although I was glad she lost that night (she was playing my favorite team the Lakers) I hope she collects a ton of wins in the future.

Football fans will get an extra game on both Saturday and Sunday to enjoy as the new 7-team playoff format begins this weekend, providing none of the six teams breaks pandemic protocol and goes to a strip club buffet. I personally find it difficult to see anyone knocking off the bye teams this year (Packers and Chiefs) but I do love a great playoff matchup.

The first game on Saturday may be the one I’m most interested in — the Bills at home against the Colts. Although the Colts are the No. 7 seed, they have played strong in the second half and Philip Rivers has a lot of postseason experience. I can see them pulling off the upset in this one, but I think Buffalo pulls out the win in close contest.

The last game of the weekend — the Steelers at home against the Browns — is probably my next favorite matchup. It will be nice to see Cleveland in the playoffs again, and I love seeing teams play each other two weeks in a row as these squads will hate each other more than dinosaurs and meteorites by the fourth quarter. But I see Pittsburgh winning this second time around.

As for other matchups, can nobody win the game between the Bucaneers and that team from Washington? I don’t think Washington and its 7-9 record should even be there and they owe Philadelphia’s coaching staff at least a gift card for making it easier last week. On the other side, I just can’t get into liking Tom Brady ever since he (cough, cough) fumbled in 2002.

In the other matchups I see New Orleans rolling over the Bears (my boss is going to kill me), the Ravens upsetting the Titans in a close one and the Seahawks edging the Rams.