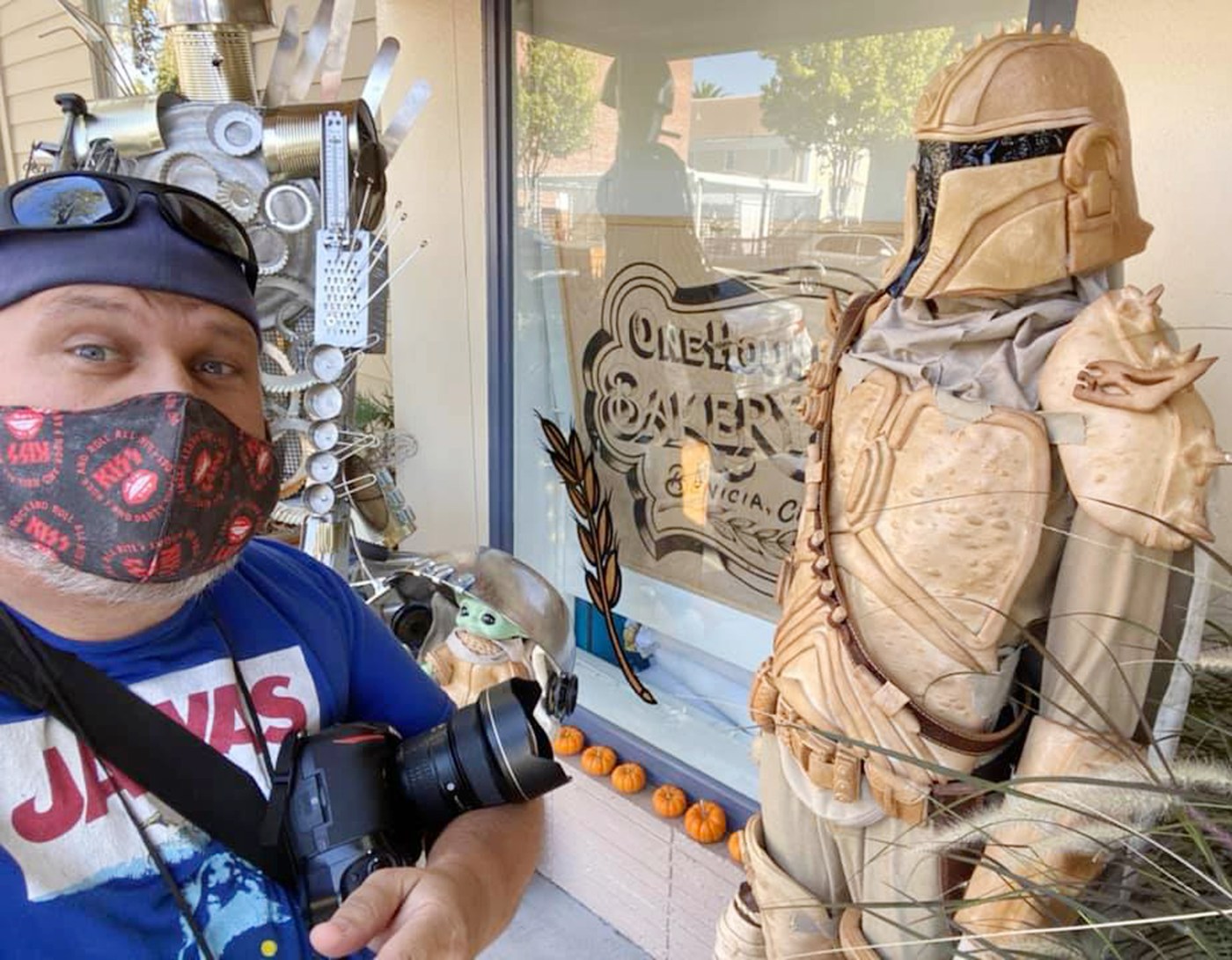 The last nine months have kind of been a fog.

Through my lens, I have been an eyewitness to the fear and struggles this pandemic has brought upon our great city and the world. I had to come to terms with risking my life — and the lives of my family — every time I left the house.

That is a heavy, scary thing. As a photojournalist, I pride myself on being one of the important people who run toward danger, but the coronavirus was an unknown and I didn’t want to be anywhere near it.

In March I was lucky enough to see the band KISS at their “End of the Road” tour in Oakland. Little did I know it would be the end of the road for all concerts and events for the foreseeable future.

The shutdowns and shelter-at-home orders were soon to follow — and my once busy calendar became dust in the wind. Instead of a 10-year wedding anniversary cruise to the Bahamas, I found myself photographing the masses in line in front of Costco, jockeying for position to score the coveted pack of toilet paper or the elusive Lysol wipes. My trip to Cabo for a friend’s wedding gave way to scores of drive-thru birthday parties and food giveaways.

This pandemic has uprooted almost every aspect of our society. My heart hurts for those who have lost loved ones to this nightmare of a virus. I feel for those high school seniors that didn’t get a prom or a proper graduation. I feel for those athletes who worked hard all their life and were set to be on the top of their game, only to be short-changed. I feel for every business that has had to shut down and the scores of people who are out of work.

Fears about the virus soon gave way to concerns for my personal safety as people took to the streets in protest after George Floyd was killed. As peaceful protests became violent, a photographer can sometimes find themselves as a target of aggression. Especially when the guy in charge of our country is telling the masses not to trust the media. I found myself gasping for air and barely able to see as I was engulfed by a cloud of tear gas while the local police attempted to disperse a Black Lives Matter protest. Bricks and bottles flew as I came to the stark realization that I might need tactical gear to properly do my job. Send in the National Guard!

As tensions rose, protests became a weekly occurrence and the virus raged on. It’s hard to wrap your head around a global pandemic. At first, it’s no big deal. This will pass in a week or so. Then it hits home. Tom Hanks has it! A distant relative is in the hospital. What? Vallejo has an outbreak? My neighbor is getting tested. I just coughed. Do I have “the Rona”? Should I get tested? What about my family or anyone I came in contact with? Where’s the hand sanitizer? Why can’t I find paper towels? I realized that the questions that were flooding through my mind needed answers and I wasn’t the only one asking them.

As fear spread like wildfire across the world, our newspaper had to figure out how to best inform our readers of the pressing questions and just how to handle being essential workers in this time of crisis. We restructured our office, with many of us working from home. Safety training shortly followed. How do you cover the city if most people are afraid to leave their houses? The easy answer? Look for the helpers.

As Mr. Rogers used to say, “When I was a boy and I would see scary things in the news, my mother would say to me, “Look for the helpers. You will always find people who are helping.”

The world has become a desperate place. With so much of the population forced out of work, it is essential for the helpers to take center stage. These are the places we found our much-needed content. Organizations like Faith Food Friday, Food is Free, The Vallejo Peace Project and the Solano AIDS Coalition, just to name a few, provide a way to fill a dire need in our community. Journalists are invested in their community. We generally want our city to succeed. Though a big scandal or splashy headline is great for a newspaper, a 100-year-old drive-thru birthday party or a 10-year-old who makes face masks, are just as important.

Even in the best of times, my job is a difficult one, but you don’t get into journalism because it’s easy. You also don’t get into this business to be a millionaire. For me, I became a photojournalist to make a difference and that is worth more than anything I could be paid. If my images change one person’s mind, shine a light on the truth, strengthen the community, or even bring a little bit of beauty to this dark time, then I feel like I have done my job.

Our world will never be the same and who knows if we will ever fully recover. For now, I’m a committed photojournalist who is dedicated to documenting history in these trying times. I will continue to navigate this ever-changing sea of adversity, striving to make the world a better place.

One photo at a time.

I binged a bunch of television shows from “How to get away with murder” to “Daybreak” with a cannibalistic Matthew Broderick. I’m also a regular watcher of “Big Brother” and “The Walking Dead.” However, my favorite thing to binge is “The Mandalorian.” Also, on a random side note, I became a chicken farmer and named my first girl Quarantina — or Tina for short.