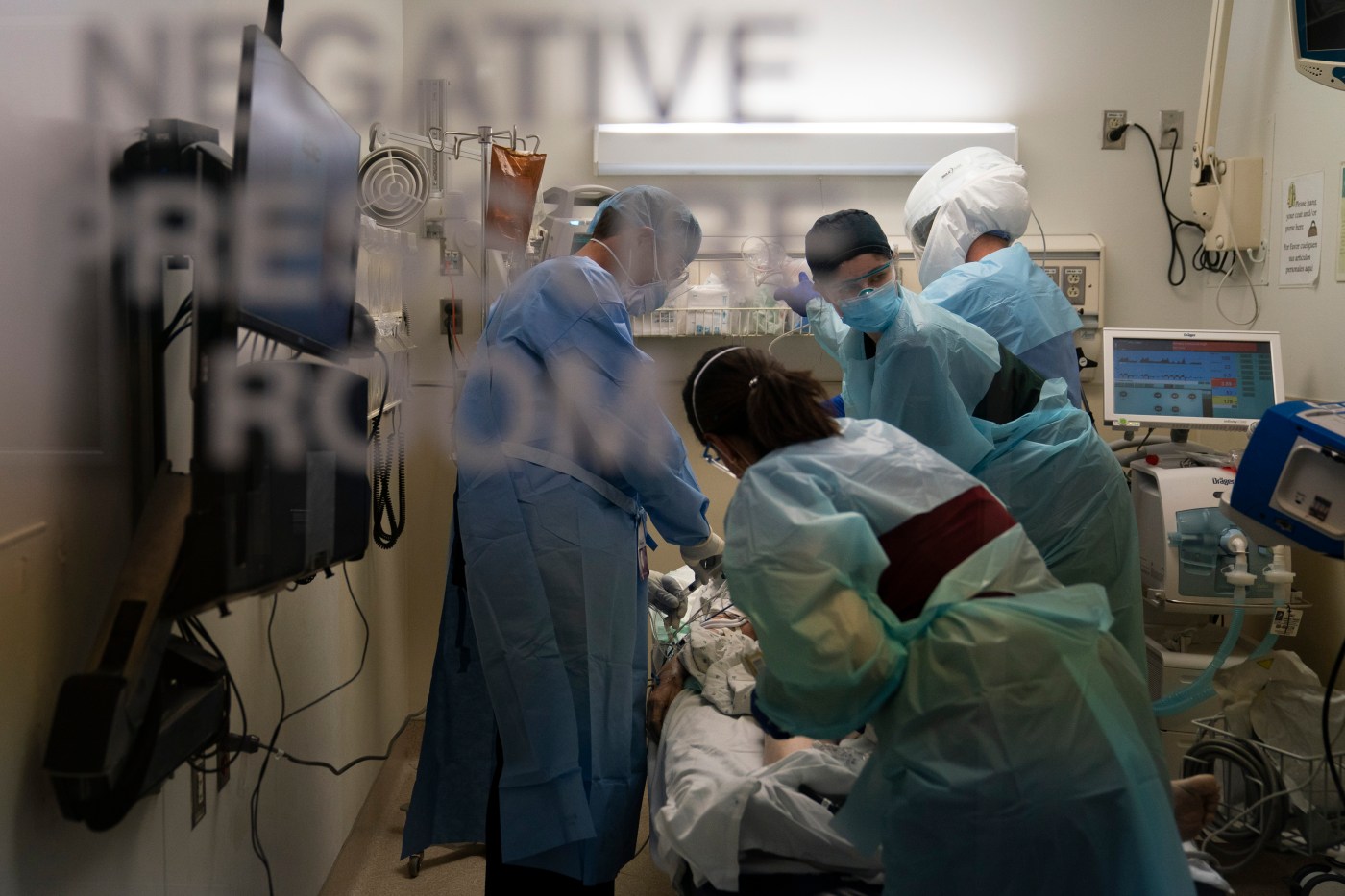 As a deluge of COVID-19 patients pushes Southern California hospitals to their breaking points, state health officials are nervously eyeing the early days of 2021.

That’s because even as the surge of infections that followed Thanksgiving appears to be leveling off in the Bay Area and much of Northern California, another wave could take shape during this normally quiet week between Christmas and New Year’s.

Health officials who have pleaded with people not to travel or gather with one another for Thanksgiving and Christmas are now repeating those requests as people ring in 2021. Most of those who fall ill with COVID-19 will begin experiencing symptoms about five days after being exposed, experts say, and can be contagious for 24 to 48 hours before they develop symptoms. And many who are infected and transmit the virus may never feel sick.

With more than 21,000 Californians hospitalized because of COVID-19 as of Tuesday, another surge could be devastating, especially in the hard-hit southern part of the state, Ghaly said. He warned that if things do not improve, some hospitals there face the possibility they may need to move into ‘crisis’ mode where care could be rationed based on a patient’s chance of surviving.

“We could see the worst of it in early January,” Ghaly said. “Many of the hospital leaders that I’ve talked to in Southern California are bracing for exactly that: a significant surge (and) a significant need to not only deal with what we’ve seen up until now, but an even more extreme condition in the middle and second part of January.”

Elsewhere in California, another holiday surge would mean wiping out progress in slowing the spread of the virus in recent days.

The state as a whole saw alarming increases in new coronavirus cases through most of December. But starting a few days before Christmas, it began to level off. After peaking at a seven-day average of just over 45,388 cases per day on Dec. 20, by Monday that figure stood at 38,093.

The Bay Area has seen other encouraging signs the region has “turned a corner,” University of California San Francisco epidemiologist George Rutherford said, likely as a result of tough new stay-home orders that aimed to slow spread of the virus. Rutherford cited the rate of tests that are positive for coronavirus and the effective reproduction figure — a measure of how many others each infected person passes the virus to — both of which are in decline in the Bay Area.

“You’d hate to give it all back” with another surge, Rutherford said.

Any new infections from Christmas are not expected to start showing up for a few more days, San Francisco Public Health Director Dr. Grant Colfax noted at a press conference Tuesday.

“Let’s remember the power is in our hands to continue to turn this surge around,” Colfax said.

But despite a similar leveling-off of reported new cases in Southern California, state officials are not as optimistic about trends there. Shelter-in-place orders officially were extended Tuesday for the southern part of the state, including Los Angeles and much of the Central Valley.

Many facilities in Los Angeles have had to turn away ambulances because they are overwhelmed with patients. The Los Angeles Times reported Tuesday that some patients were being treated in conference rooms and gift shops and that hospital officials fear oxygen supplies could run low.

“We certainly know that Southern California hospitals are in crisis,” Ghaly said.

In an at-times jarring presentation on what happens amid “crisis care” circumstances in hospitals, Ghaly described how doctors could be forced to ration care such as oxygen and ventilators if the crush of patients doesn’t ease. Kim McCoy Wade, director of the state Department on Aging, sought to allay some concerns by emphasizing that factors such as a patient’s race, age or disability status would not be used in making such dire decisions, saying they would instead be based on each person’s “likelihood of surviving in the near term.”

That kind of rationing of care — precisely what health officials have feared throughout the pandemic — has not yet become necessary, Ghaly said. The state is also working with hospitals to share resources and provide support to ease the burden on overwhelmed facilities.

Still, Ghaly compared hospitals’ capacity to a rubber band. It can stretch when needed, he said, but “that stretch has a limit before it breaks.”