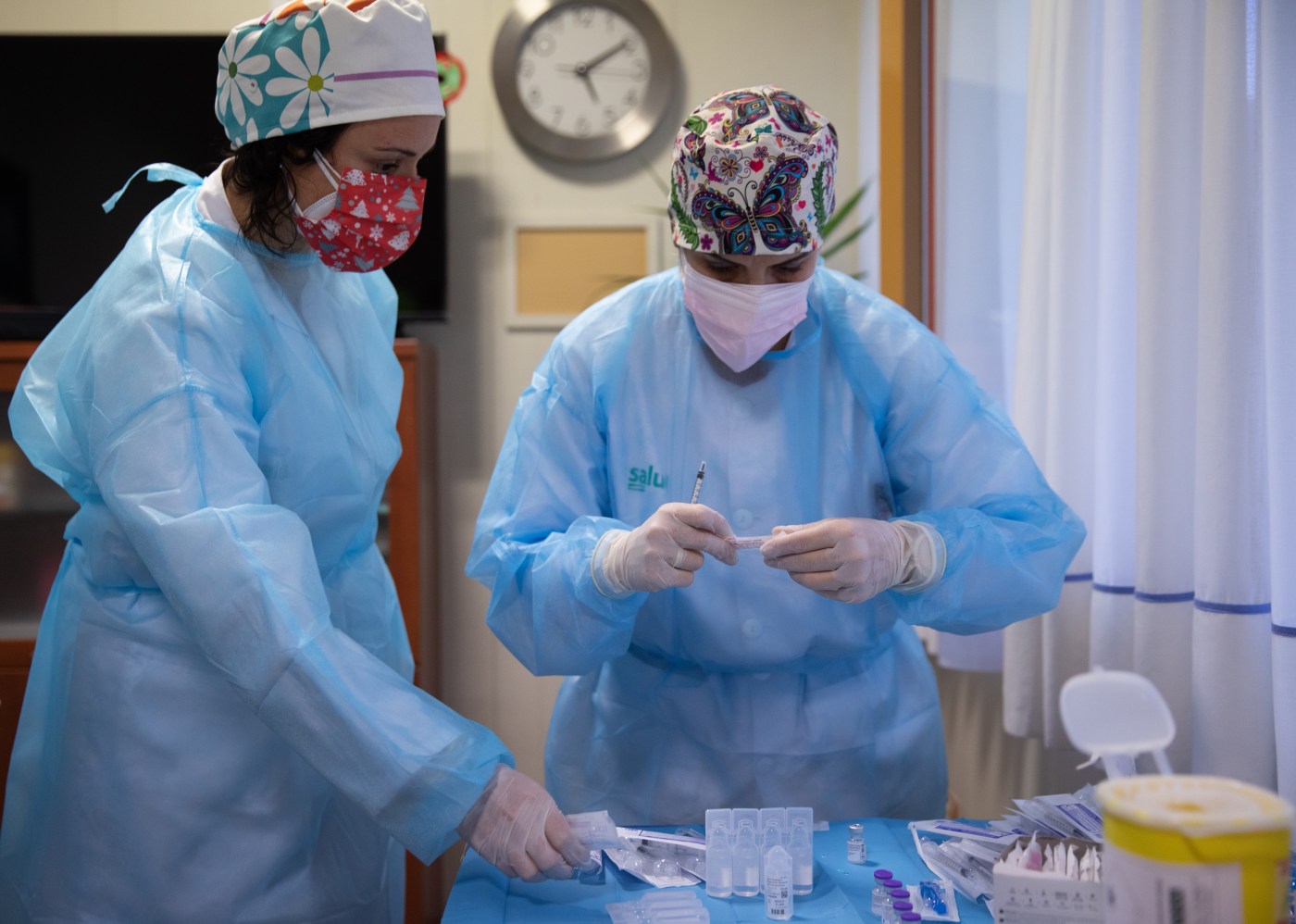 As California’s public health providers brace for another nightmarish surge of COVID-19 cases and deaths, state officials are refining the list of who will be next in line to receive a coveted vaccine over the coming weeks.

Under the latest plan unveiled by Gov. Gavin Newsom on Monday, the next phase will include a mix of people at least 75 years old and some essential workers — a proposal slated to protect those at the greatest risk of dying while also aiming to help schools and businesses return to a semblance of normalcy in the wake of nearly a year of disruptions.

The plan falls in line with recommendations from the Centers for Disease Control and Prevention and marks a slight diversion from last week, when the group in charge of deciding how the state should divvy up its limited supply of vaccines was leaning toward delaying protections for the state’s elderly residents and giving top priority to its expansive number of essential workers.

Expected to be finalized by the state’s Drafting Guidelines Workgroup and released in detail on Wednesday, the plan will guide the state’s rollout of a second round of vaccines following those first reserved for California’s 2.4 million health care workers and patients in skilled nursing facilities.

The anticipated decision on vaccine distribution comes at a trying time, as state officials are preparing to extend regional stay-at-home orders to curb the ever-growing spread of the virus while also trying to determine whether a new strain is fueling the state’s most alarming surge.

And although there are some small signs of a post-Thanksgiving plateau in the rate of rising cases and hospitalizations, a “surge on top of a surge” could hit by mid-January due to ill-advised holiday gatherings, California Health and Human Services Secretary Dr. Mark Ghaly warned Monday.

According to Newsom, next up on the state’s vaccine campaign will be Californians 75 years and older as well as essential workers in three categories — education and childcare, emergency services and high-priority essential businesses such as farming and grocery stores.

Following those groups will come Californians 65 years and older with underlying health conditions or disabilities, incarcerated individuals, the homeless, and workers in transportation and logistics, the industrial, residential and commercial sector, and critical manufacturing.

During a news conference Monday, Newsom said he was “not naive” that there would be some issues with vaccine-seeking people attempting to cut in line — or worse, trying to bribe their way to the top — but he warned that those who do would be sanctioned and lose their professional licenses.

“You will not only lose your license, we will be very aggressive in terms of highlighting the reputational impacts as well,” Newsom said.

Although California expects to receive a total of 1.76 million vaccines by the end of this week, available beds in many of the state’s intensive care units remain critically low.

Newsom warned that the state’s stay-at-home order would be extended in the Southern California and San Joaquin Valley regions as early as Tuesday and that restrictions in the Bay Area could similarly be extended on Jan. 8.

As of Monday, California’s record-breaking COVID-19 surge was continuing with tens of thousands of new cases reported and nearly three times as many patients hospitalized as on Thanksgiving a month ago.

Over the past week, the state has averaged about 37,500 new coronavirus cases per day and about 230 deaths a day from the virus. California’s case count remains about 17% shy of its pre-Christmas peak but still three times higher than a month ago.

Several Bay Area hospitals, including Kaiser Permanente, Good Samaritan Hospital in San Jose and John Muir Health centers in Concord and Walnut Creek, all announced in recent days they were postponing elective surgeries through at least the next week as a rise in COVID-19 patients continues to inundate hospital rooms and ICUs.

In the Bay Area, health officials are beginning to see a “subtle but important trend” where the rate of rise in cases and hospitalizations is beginning to plateau. But how long it will last and how the winter holiday travel and gatherings will affect the trend remains to be seen.

“We’re worried not just about what happened over the past couple of weeks — that piece of good news — but what’s really going to happen as we see the cases from the Christmas holiday and Hanukkah coming up now with the New Year’s celebration,” Ghaly said during the news briefing.

“What we likely will experience in two weeks is this surge stacked on top of these other surges related to holiday activities,” Newsom said.

California officials meanwhile are beginning to collect and test samples of the coronavirus from patients across the state to determine whether a new, potentially more contagious strain of COVID-19 discovered in Britain has made its way to California, potentially helping to fuel the state’s latest surge.

The California Department of Public Health has asked health care providers to collect and submit samples from COVID-19 patients who have recently traveled or have been exposed to people who have traveled to the United Kingdom or Europe, patients who have marked differences in their virus sequencing and patients who have tested positive for the virus twice within 90 days and may have been reinfected.

In areas with higher rates of infection, such as California, there is a higher possibility for new strains to emerge, according to Kirsten Bibbins-Domingo, a professor and chair of the Department of Epidemiology and Biostatistics at UCSF. New strains could make it more difficult to curb the spread of the virus and potentially make the vaccine less effective.

“While we’re in the midst of a surge is exactly the type of environment for a new strain or variant emerge,” Bibbins-Domingo said in an interview Monday. “That’s what we saw in Britain and that’s why we have to be worried right now and get this surge under control both to protect Californians and ensure that a new variant does not emerge.”