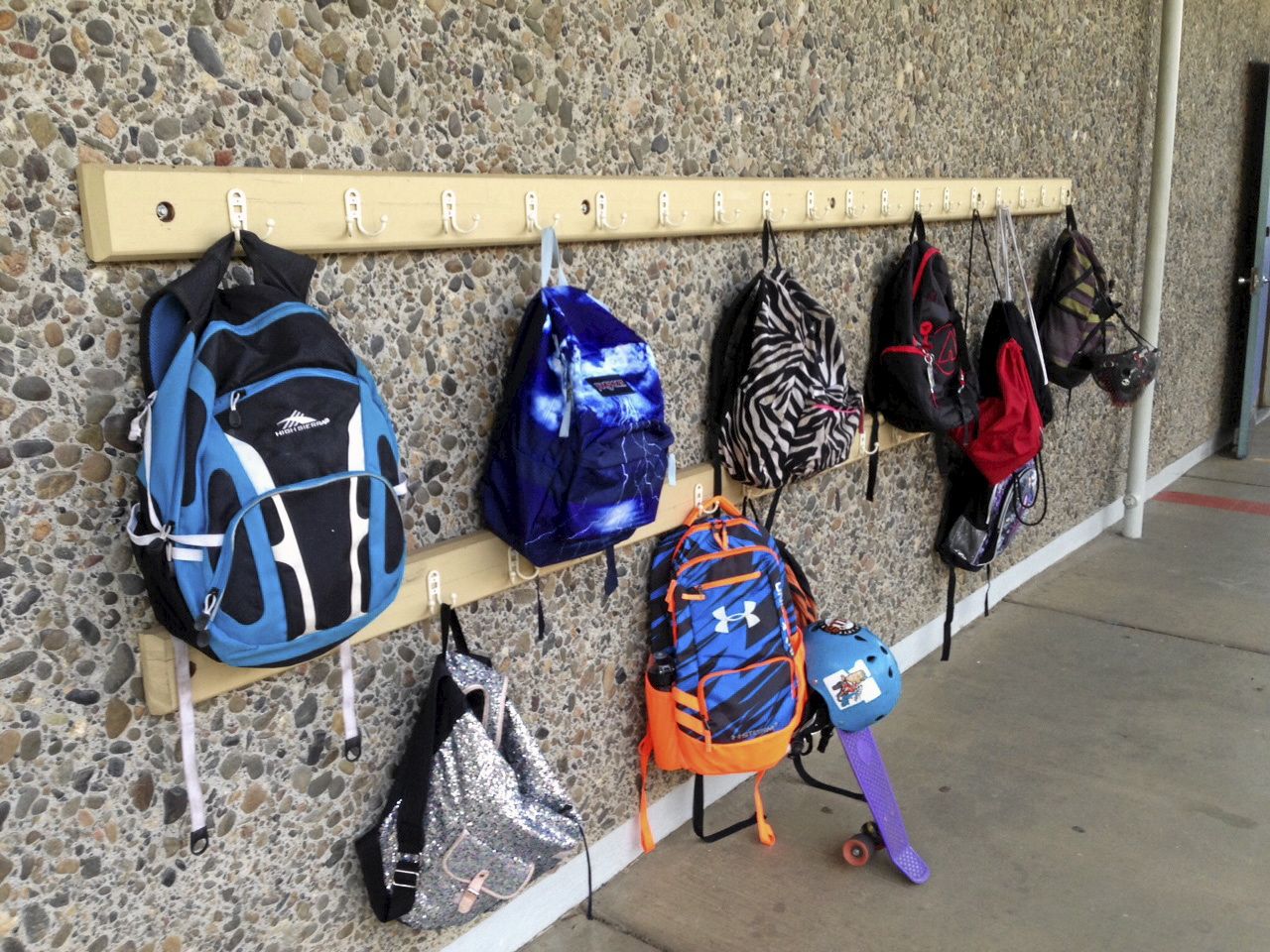 A critical shortage of substitute teachers during the pandemic may make it difficult for some California school districts to reopen campuses or to keep open schools already offering in-person instruction.

A sharp decline in applications for substitute teaching credentials since January, as well an exodus of already credentialed substitutes, have left some districts unable to keep classrooms open, especially as more teachers are quarantined after potential exposure to Covid-19.

Substitute pools at school districts are being drained, in part, because temporary teachers are tired of waiting to be called for the scarce jobs available during distance learning or are uncomfortable with the technology required. Some substitutes in districts that have reopened campuses fear returning to the classroom during the pandemic or can’t find child care for children who are home half the week in hybrid instruction.

California has had a substitute shortage for years, but the pandemic is making it worse, especially for smaller, rural districts. But the issue is a concern for many districts, even larger ones, as they prepare to reopen in 2021.

“I’m very worried about it, particularly as schools move toward in-person instruction,” said Mari Baptista, chairwoman of the Personnel Administrative Services Steering Committee for the California County Superintendents Educational Services Association. “We need to move to a more proactive stance on this. We aren’t getting a bunch of substitute applications.”

The pandemic has made a bad situation worse. Tim Taylor, executive director of the Small School Districts’ Association, calls the substitute teacher shortage a “code-red issue” for rural schools.

Mother Lode Union School District closed its two Placerville schools on Nov. 20, the month after they reopened, when four of the district’s 53 teachers and three students were diagnosed with Covid-19, said Marcy Guthrie, superintendent of the K-8 district, which serves 1,028 students.

A shortage of substitute teachers was among the reasons the district was closed, Guthrie said. Mother Lode Union shares a pool of 318 substitutes with the other 15 school districts in El Dorado County.

Since the district closed the schools, the number of coronavirus infections in the district has climbed to 10: six teachers, one staff member and three students.

Fifty miles to the north of Placerville, three of western Nevada County’s nine school districts returned to distance learning over the last two months because of possible exposures to Covid-19 and a shortage of substitutes, according to the Small School Districts’ Association.

Eureka City Schools in Humboldt County closed its nine campuses after Thanksgiving at the recommendation of county health officials, who wanted to mitigate the high number of Covid-19 cases in the county. But the district of 3,600 students wouldn’t have had enough teachers or to keep it open anyway, said Superintendent Fred Van Vleck.

“If we would have stayed open it wouldn’t have worked. We had so many teachers that had to self-quarantine because they chose to travel” during Thanksgiving, said Van Vleck, referring to public health guidance that asked residents to quarantine for 14 days after traveling out of the county.

The district has set a reopening date of Jan. 19 for elementary school students, although Van Vleck said that it isn’t likely because of the high level of Covid-19 transmission in the county.

Districts in distance learning are using far fewer substitutes than when students were on campuses, but some district officials fear shortages could hinder reopening plans.

“The biggest fear everyone has right now is that we won’t have sufficient staff to maintain the health and safety measures we need to move toward in-person instruction,” said Baptista, who also is the assistant superintendent of human resources for the Santa Barbara County Education Office.

To qualify to be a substitute teacher, a person must typically have a bachelor’s degree, pass a basic skills test and pass a background check. Prospective teachers in a teacher preparation program can substitute after completing 90 units of college coursework.

District leaders interviewed by EdSource say the state could make it easier for people to become substitute teachers by waiving some fees required for a substitute credential.

Easing the requirements for a substitute credential could also help, said Brock Falkenberg, Lake County superintendent of schools, whose office maintains the pool of substitutes for all the schools in the county. He has asked officials at the California Commission on Teacher Credentialing to consider waivers to allow college students who have completed 60 units to substitute teach, but that has been unsuccessful.

Districts could also help by paying some fees for their substitutes, Taylor said.

After earning a credential, substitutes generally apply to multiple school districts to be added to their substitute pools. They are called in as needed, and paid a daily rate.

Districts in remote areas of the state have the biggest challenge during the pandemic because they have the smallest pool of qualified candidates to draw from. In Lake County 16% of residents have a bachelor’s degree, Falkenberg said. The statewide average is 32%.

Falkenberg is certain there will not be enough substitutes when all the county’s schools reopen. Currently, two school districts and County Office of Education schools have campuses open for in-person instruction. Four districts are in distance learning.

Office of education staff has been trying to expand the substitute pool in the county since schools closed in March but the deficit has grown. Falkenberg said they have been unable to recruit substitutes during the closures because older retired teachers who substitute regularly don’t feel safe returning to classrooms and because some regular substitutes have taken other jobs.

At the Santa Barbara County Office of Education, where most of the schools are back to in-person instruction, there are 36 substitutes remaining from the pool of 91 the county office had in May 2019. Most of the substitute teachers have opted out of the substitute pool because they are older than 65, have health conditions that put them at high risk if they contract Covid-19 or have other concerns related to the pandemic, Baptista said.

In the meantime, the demand for substitutes continues to grow as some districts find they need them to help teachers who are sometimes being asked to teach both students in the classrooms and those getting instruction online from their homes.

District officials are finding creative ways to lure substitutes to their districts, including offering cash stipends to employees who recruit a substitute, Baptista said. Santa Barbara Unified, a district of 14,538, is offering $100 to any employee who can refer a substitute to the district. The district’s substitute pool dropped from 331 in 2019 to 254 in 2020, according to Baptista.

At Mother Lode Union, Guthrie decided that the best way to keep substitute teachers during distance learning and hybrid instruction is to start a training program to ensure they feel comfortable with the technology and Covid-19 protocols required in the schools.

Chico Unified, which has seen its pool of substitute teachers shrink from 300 to 60, is offering to pay the cost of an emergency credential for any non-teaching employee who has a bachelor’s degree, said Assistant Superintendent Jim Hanlon. Some staff who have taken them up on the offer have been classroom aides, who then also need to be replaced.

Substitute pay, which averaged about $120 a day statewide in May 2019, can be a hurdle to recruiting temporary teachers, Baptista said. To entice substitute teachers to work in their districts, many have increased pay recently. Eureka City Schools, for example, increased its daily substitute rate this year by $50 a day, up to $175, as long as substitute teachers attend a district training session.

The California Center on Teaching Careers, based at the Tulare County Office of Education, is working with Fresno, Orange, Riverside, Merced and Sonoma County offices of education to create a micro-credential for substitutes, according to Donna Glassman-Sommer, executive director. Micro-credentials are earned after a person takes classes and proves competence in specific skills. The substitute micro-credential won’t take the place of a substitute credential, but it will demonstrate that a substitute has learned teaching strategies and how to use multiple learning platforms.

Glassman-Sommer also recommends that school districts turn substitute teacher recruitment into a grassroots effort that encourages staff to get the word out.

“The positive thing is that people are working hard toward solutions,” Glassman-Sommer said. “People are at their wits end and exhausted, and then suddenly another burst of energy comes up and more collaboration in terms of sharing resources and ideas. I hope we continue to do that.”