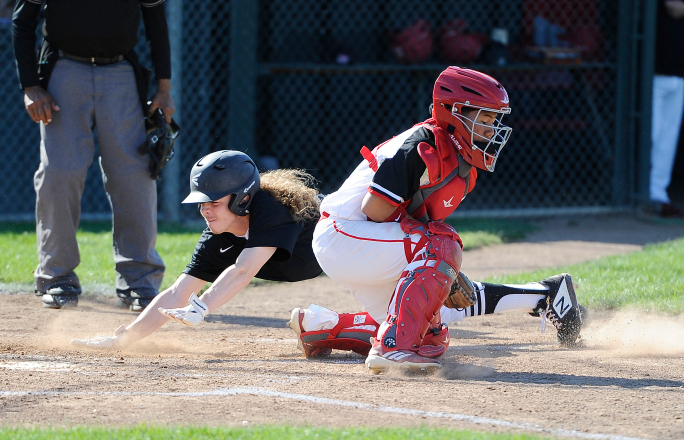 There’s some relief that comes after Christmas day.

No more stressing about shopping, wrapping presents or forced family functions. You can actually enjoy your Christmas gifts, and there are plenty of leftovers in the house after the big day.

It’s time to reflect on the new year as well. It has to be better than this one. Right? 2020 was the Tommy Wiseau of years so … yeah.

Well, as far as the pandemic, we’re not going to wake up early on Jan. 1 and have a blank slate. There will still be a number of serious issues that have to be resolved.

Maybe I am being optimistic but there is bound to be better times ahead. Sports took a back seat in 2020 and that will continue, but some of the events provided a welcome distraction. Mental health is important in these times.

I’m going to gaze into my crystal ball and do my best Nostradamus and Nate Silver impression for the purpose of this column:

I see players. I see a ball of some kind. I see officials. And coaches.

Yes, we should have some (but not all) local sports in the new year. The California Department of Public Health produced guidelines for youth and amateur sports to continue. None of the local high schools or colleges have played since March.

The good news? Sports like golf, tennis and swimming can be in the current purple tier. Others like baseball and softball can be played in the red tier.

The not so good news? Sports like football and soccer have to be in the orange tier (unless the CIF can convince the state otherwise). The other bad news is that even if the State of California OKs some of those activities, a county or school district could have another opinion.

Still, let’s focus on the positive. There appears to be a path for some sports to return. Hopefully, January and February will provide some better clues moving forward.

Entertaining but not dominant Warriors

If the first two games of the season are an indicative of the whole campaign, the Warriors are in trouble.

Of course, two games is two games. There was no Draymond Green. Golden State wings Andrew Wiggins and Kelly Oubre have gotten off to erratic shooting starts. There wasn’t much preseason and the Warriors have been idle since last March. Oh, and Brooklyn and Milwaukee are talented and deep opponents.

Is there some concern? Of course. Don’t expect the NBA Championship-caliber play this season. The Warriors will eventually beat some of the also-rans on the schedule and probably compete at the back end of the NBA playoff rotation.

The encouraging news through the first two games has been No. 2 overall pick and center James Wiseman. Once some of the others fall into line, this should be a fun group to watch.

The year 2020 wasn’t bad for the Bay Area’s two teams. The A’s won the AL West by seven games, eliminating the White Sox in an exciting first-round series before falling to the hated Astros in the divisional round. All season, the A’s were entertaining and their comebacks were epic.

Unfortunately, Oakland didn’t have one of the league’s bright young stars Matt Chapman for the postseason. Chapman had season-ending hip surgery in September as his glove and bat were missed.

On the other side of the Bay, the Giants slid to an 8-16 start but looked much better from there, finally getting eliminated on the final day of the regular season. For once in quite some time, the Giants could hit as the team finished eighth in runs scored in MLB. The new dimensions at Oracle Park seemed to have a positive effect too.

One wonders what kind of impact losing Buster Posey had on the pitching staff, which struggled. Posey opted out to help care for his two adopted twin girls who were born prematurely. Posey has said he plans to be back in 2021.

If limited fans are let back into stadiums, you can bet Chapman and Posey will receive standing ovations, which brings me to …

Fans in the stands for some events

This could be a tricky situation for California but I could see a scenario where limited people will be allowed into stadiums by summer and next fall.

Numbers across the board have to be much better. Hopefully, we start to new some positive results with the new vaccine being distributed throughout the state.

Continue to stay safe in the final days of 2020 and into the new year.