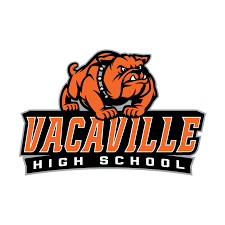 Vacaville High School administrators have condemned and are investigating a racist image allegedly involving a student that was shared on social media Wednesday morning.

VHS Principal Adam Wight wrote in a letter to parents and the community that was posted on the school’s Facebook page that administrators and Vacaville Unified School District officials were made aware of the image in question. The photo depicts a person, purportedly a Vaca High student, wearing something resembling a Ku Klux Klan robe over his head and standing near a burning fire pit.

The photo was accompanied with the caption “Clan (sic) meeting.” The image appeared to originate on Snapchat and was later posted to Twitter.

Wight wrote that administrators were investigating the post to attempt to identify the student or students that were responsible. Elaine Kong, VUSD’s public information officer, told The Reporter the administration was contacting the family members of students who might have been involved but said it was too early in the investigation to release any further information. She said an update would be provided to the community once more information is known.

“Vacaville High School and the Vacaville Unified School District does not condone, nor will tolerate, racist behavior,” Wight wrote in his letter.

Back in June, Vaca High and district officials were made aware of numerous short videos being circulated featuring students saying the n-word. Officials condemned the videos and emphasized that severe action had been taken against those students, although the extent of those actions was not disclosed because they were a matter of students’ personal records.

In the wake of the videos and the highly publicized killing of George Floyd, VUSD announced the formation of an Equity Task Force aimed at bringing communities together to find ways to build true representation and encourage the district to actively be anti-racist.