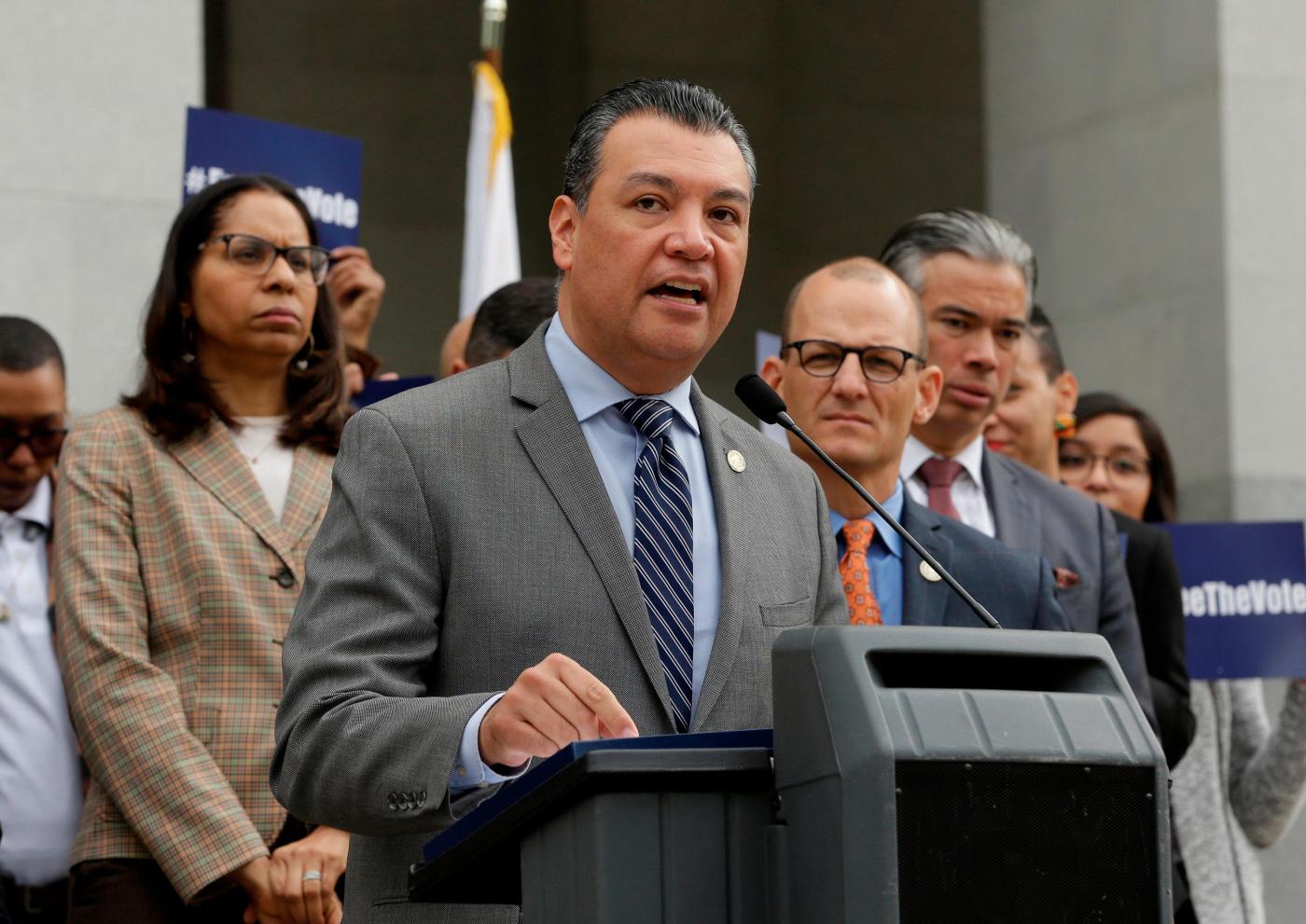 The child of Mexican immigrants, Padilla will be California’s first Latino senator, giving a new level of representation to the demographic group that makes up nearly 40% of the state’s population.

“Through his tenacity, integrity, smarts and grit, California is gaining a tested fighter in their corner who will be a fierce ally in D.C., lifting up our state’s values and making sure we secure the critical resources to emerge stronger from this pandemic,” Newsom said in a statement.

Padilla was widely expected to be Newsom’s pick, as the two are longtime political allies. Newsom faced competing pressures to appoint a Latino to the seat and to appoint a Black woman, as Harris was the only Black woman in the chamber.

“I am honored and humbled by the trust placed in me by Governor Newsom, and I intend to work each and every day to honor that trust and deliver for all Californians,” Padilla said in a statement.

Padilla, 47, has been California’s top elections official since 2015. In that position, he’s overseen California’s vast elections apparatus, including the rollout of a more robust vote-by-mail system. In the November election, California mailed a ballot to every registered voter. Prior to that, he oversaw the implementation of the Voter’s Choice Act, a 2016 law that allowed counties to mail all registered voters a ballot. The state now has 22 million voters.

He’ll hold the Senate seat through 2022, when he will have to run for a full term. Harris hasn’t given a date for her resignation, but she will be inaugurated as vice president on Jan. 20.

Padilla lives in Los Angeles with his wife and three sons, ages 5, 7 and 13.

His appointment will bring geographic diversity to California’s representation in Washington. Dianne Feinstein, California’s other senator, is from San Francisco, and politicians from Northern California have held some of the state’s highest political offices for decades. Harris built her political career in San Francisco before moving to Los Angeles.

Feinstein, whom Padilla once worked for, announced her support for his nomination in early December.

He and Newsom have a long relationship. When Newsom first ran for governor in 2009, Padilla chaired his campaign. Newsom dropped out when former Gov. Jerry Brown entered the race and instead ran for lieutenant governor, a job he held for eight years. When he ran again for governor in 2018 in a competitive primary, Padilla endorsed him over other prominent Democrats, including former Los Angeles Mayor Antonio Villaraigosa.

The campaign arm of the Congressional Hispanic Caucus and the Latino Victory Fund were among the groups advocating for Newsom to select Padilla.

Still, Newsom’s selection will frustrate others. Black leaders in particular were urging him to choose a Black woman, such as Reps. Karen Bass or Barbara Lee. Because Harris was the only Black woman in the U.S. Senate, some people felt Newsom should choose someone to maintain that representation.

Padilla has been on the state’s political scene for more than two decades. He was first elected to serve on the Los Angeles City Council in 1999, at age 26.

He represented a Los Angeles-area district in the California state Senate from 2006 to 2014, where he chaired the Committee on Energy, Utilities and Communication. While in Sacramento, he authored a wide range of legislation, including a law to make restaurants list their calorie counts and another to create California’s earthquake early warning system. He has an engineering degree from the Massachusetts Institute of Technology, and he previously served on the school’s governing board.

Padilla, having won twice statewide, starts with an advantage going into his reelection bid. In 2018, he won reelection with 7.9 million votes, more than Newsom and the second highest total for any statewide officer behind Controller Betty Yee.

But the appointment doesn’t guarantee he will glide to a full term. A generation of California politicians are hitting term limits in their current jobs or seeking to move up in the state’s political pecking order. California’s top-two primary system allows members of the same party to compete in a general election, and California’s last two U.S. Senate contests have featured two Democrats.

Underscoring the quick pivot to a reelection campaign, Padilla released a nearly two-minute video Tuesday doubling as a bio spot and a campaign ad, paid for by “Alex Padilla for Senate.”

Padilla spared with Yee in particular this fall over a voter education contract his office signed with SKDKnickerbocker, a political firm also working for President-elect Joe Biden’s campaign. Republicans quickly criticized Padilla for awarding a $35 million contract to a firm with a stake in the election’s outcome. Yee refused to authorize payment of the contract, saying her office didn’t have the authority to do so.

In choosing Padilla, Newsom gives himself yet another appointment. He’ll be able to select California’s next secretary of state. He’s also weighing his choice for California’s next attorney general, as President-elect Joe Biden has named California Attorney General Xavier Becerra to head the U.S. Department of Health and Human Services.