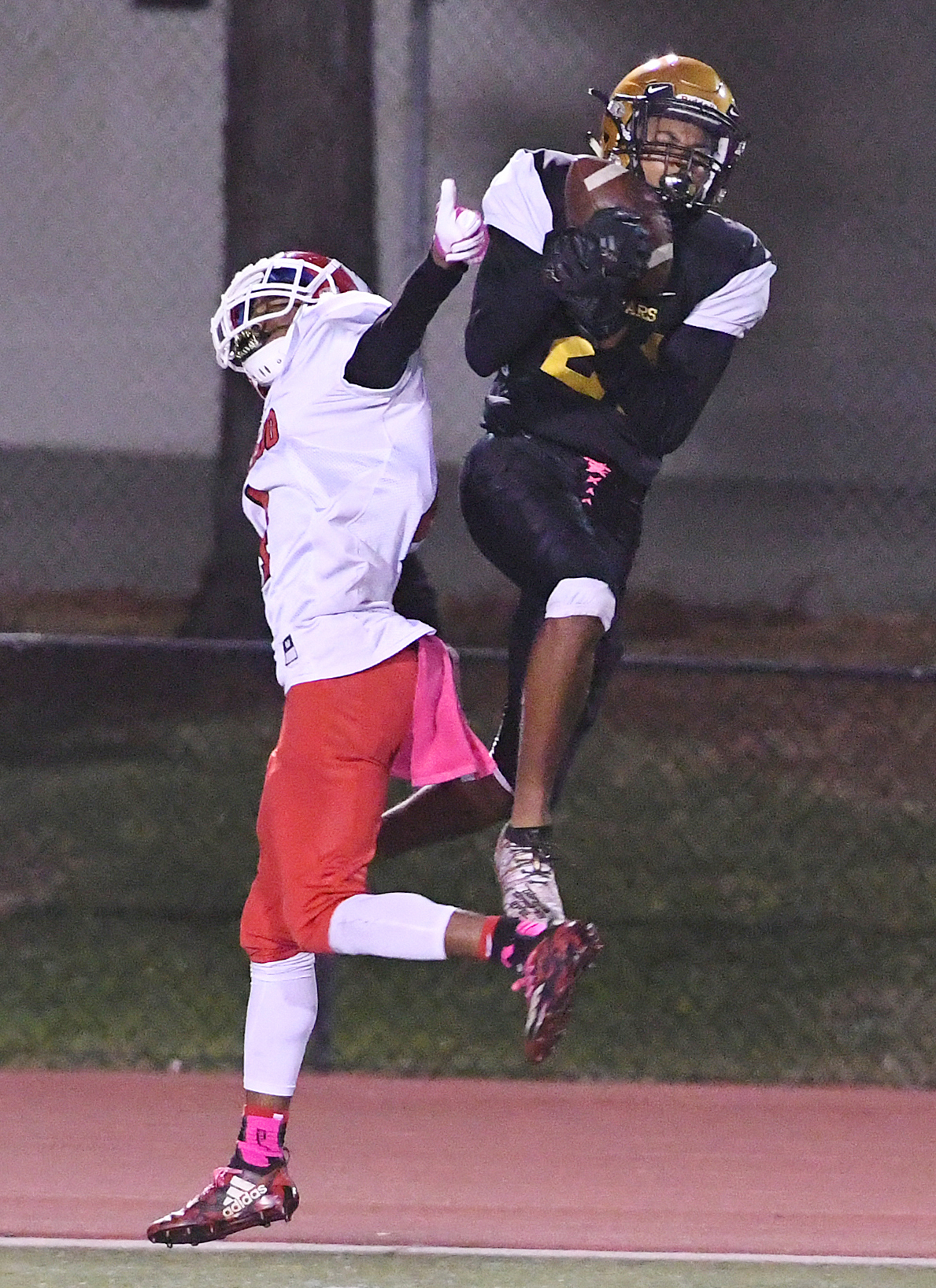 Many players love the spotlight of being a running back or a wide receiver on Friday nights. They only play cornerback or safety as a secondary measure.

Jesse Bethel High’s Simeon Harris, on the other hand, loves the thrill of the defensive backfield when he can disrupt pass catchers or star as a primary ball hawker.

Even though he hasn’t played a snap in 2020, the junior is starting to have colleges take notice. He recently received his first Division I offer when Fresno State came calling. Other schools like Colorado, Nevada and Eastern Washington also have shown interest.

Harris was overjoyed to hear from Fresno State. He said the Bulldogs’ coaches watched film of last season, and Harris sent them clips of his workouts this year as well as his play from KT Prep, part of a 7-on-7 league from last spring. High school football is on hiatus due to the coronavirus pandemic but could start up again in the spring of 2021.

“I’ve been talking to their coaches for a while,” he said about Fresno State. “I was speechless when they offered me. I was very excited and I feel blessed and appreciated.”

Harris, 16, opened eyes a year ago when he finished with eight interceptions as a sophomore.

“When he walked on campus as a ninth-grader, we knew there was something different about him,” Bethel head football coach Jeff Turner said. “We knew he had a chance to get to the next level. I’m not really surprised. Maybe the only surprise is that the first offer came this early”

Of his eight interceptions, Harris had no problem explaining his most memorable.

“It was my first one,” he said. “It came in the second quarter against Dixon. In my mind, that just took the nerves away and built my confidence that I could play at that level.”

Harris said he is still waiting for his first pick-six at the varsity level. He said he was close to returning one to the end zone against Vallejo in the fourth quarter of a 24-8 win last season.

He wasn’t sure if teams would make adjustments against him in future seasons.

“Teams might not throw against us as much,” he said. “As a team, we had over 10 interceptions so teams might try and run the ball a little more. They also might try some shorter passes.”

The 6-foot- 165-pounder figures to have an increased role in the passing game as a junior wide receiver if a season gets off the ground. The Jaguars return their starting quarterback Mal Turner as well.

Harris said he was primarily an offensive performer during youth football days but began loving the defensive side of the ball as a freshman at the junior varsity level when he had six interceptions.

“I wasn’t that interested in (being a wide receiver) last year, but I feel like I’m a good athlete and can run and catch the ball and help on special teams. I want to become more of a leader.”

Turner said Harris compares favorably with two of his other top defensive backs at Bethel who moved onto college football.

“He moves kind of like Jacob (Sharp) and Chad (Miller) would kind of bait guys and then intercept the ball. Simeon does that too,” Turner said.

Harris credits coaches like Devin Nonies with KT Prep with helping him get better on the football field. In turn, Nonies has loved having players like Harris around the Bay Area program. Nonies said Harris has continued to get bigger and stronger and will be able to cover even more receivers with his length.

“He’s impressed me with his dedication,” Nonies said. “The kid refuses to take days off. He’s just really competitive. He wants to work out seven days a week. He’s ultra-competitive and he’s dedicated in the classroom too. He’s also very knowledgeable.”

Later in the spring, Simeon Harris will run track and field for the Jaguars again. His top individual event is the 400-meter run with a personal-best around 53.6 seconds. He said he’s hoping to get that down to about 50-flat in his junior year and then into the 40’s by senior season.

Even though he’s excited to get that first offer out of the way, Harris does not plan to commit anytime soon.

“I plan to keep my recruitment open,” he said. “I want to continue to have conversations with colleges but I’m glad I got that first one. That is really special.”