HomeMidsi Sanchez Foundation teams up with others for ...
Posted by: admin , December 20, 2020 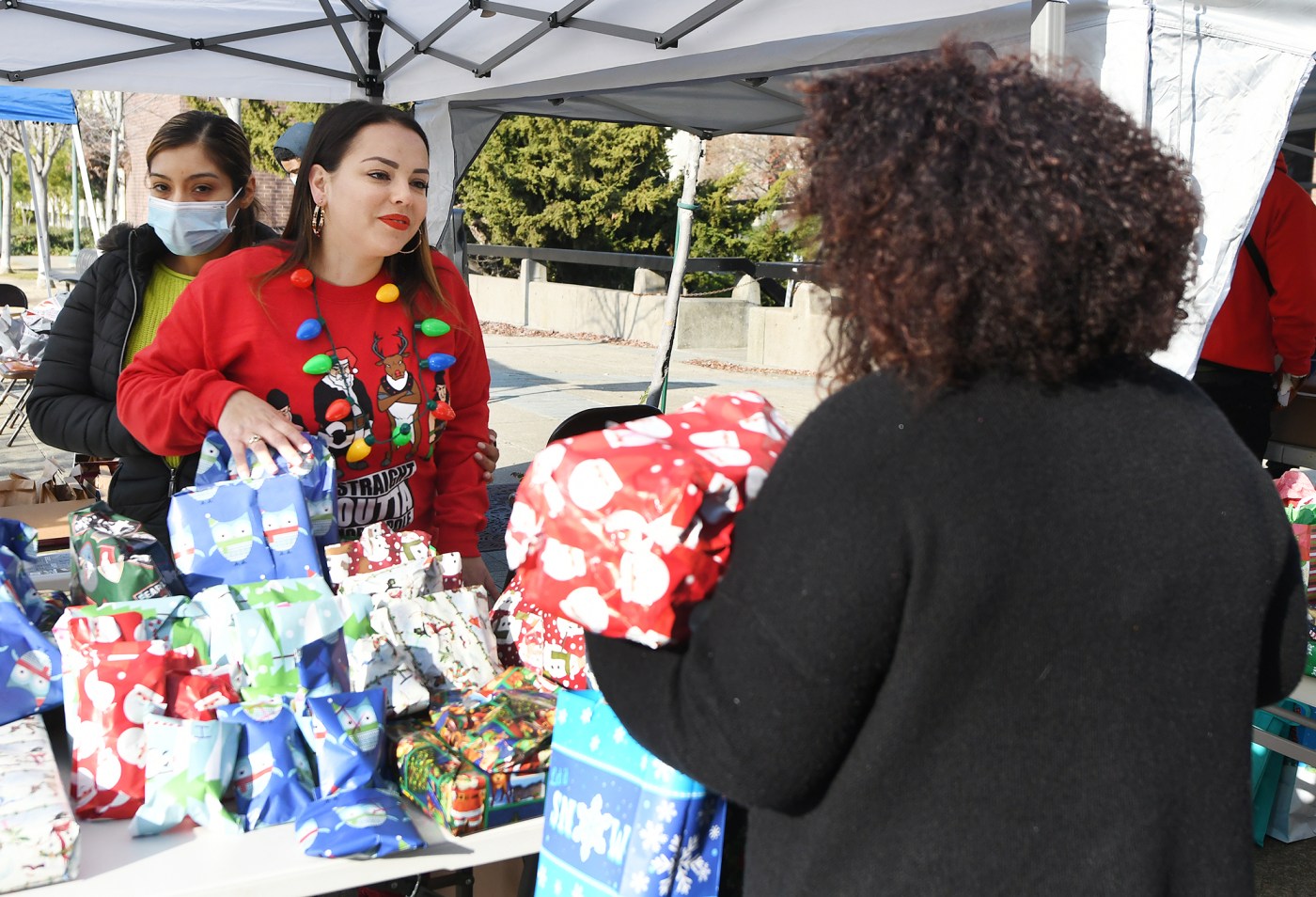 When Midsi Sanchez met Marques Arnold at a party a couple months ago, the two realized they had plenty in common. One of those similarities was a knack for helping spread joy to their respective communities.

On Saturday morning in downtown Vallejo, Sanchez and her foundation teamed up with Arnold’s EMK mentors as well as Legacy Elite Training Sessions to present Mr. Meech’s Christmas Bazaar. Christmas music blared while organizers danced and smiled as kids were able to pick out gifts that had been wrapped for them. Some kids eventually received presents like a skateboard or a Nerf football.

All of the kids also had the opportunity to take a picture with Santa.

“I’m a crybaby kind of, but when I saw all these kids just yell out at the top of their lungs, ‘Santa!’ I almost started bawling,” Sanchez said, with a laugh. “I mean, Santa is the best person they can possibly see.”

When the event began in front of the JFK Library in downtown Vallejo, there was approximately 50 people waiting to get toys for their kids along with boxes of food. When Sanchez saw the line she said she got the “chills.”

“I shed some tears, some tears of joy,” Sanchez said. “Getting to do this for so many people that need healing in this tough time, you can’t lose with that.”

Sanchez knows personally about tough times as she was kidnapped in 2000.

At 8 years old, she was abducted and sexually assaulted for nearly three days by a convicted pedophile and murderer, Curtis Dean Anderson. She was eventually able to escape after Anderson dropped his keys. These days she is a mother and an advocate for creating awareness of child safety.

However, on Saturday she was all smiles thanks to the event and help from her new friend, Arnold.

“We had an event like this last week in Richmond and this week we’re helping out her community in Vallejo,” Arnold said. “Me and her had rough ones when we were smaller, but today it’s about giving away toys and boxes of food. Some people were telling me that we should make a profit off of this and I said that doesn’t matter. We’re going to make this work. I mean, look at all the people helping us today.”

Another main contributor during the event was Demetrius Nelson of Legacy Elite Training Sessions.

Arnold said that the organizations are working together to possibly hold a book drive in both Richmond and Vallejo. He also estimated that 500 presents had been wrapped for the kids during the Saturday event.

“I brought around 250 presents and her crew probably did the same. We came together to do this,” Arnold said. “Meeting her was divine.”