HomeAttorneys in whistleblower suit against the city d ...
Posted by: admin , December 19, 2020 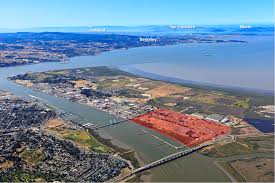 Lawyers representing three ex-city employees who are suing for wrongful termination have sent the Times-Herald an email in opposition to the new North Mare Island Nimitz deal term sheet. The new terms were unanimously adopted by the Vallejo City Council on Tuesday evening.

The new term sheet opens the door to Nimitz buying instead of leasing the 157-acre property on Mare Island and it omits any specific building “milestones” that the developers could be required to meet. Nimitz has said that by owning the land it will be easier to attract investors. If sold, the term sheet lays out a $3 million price tag, which will allow the city to pay off its HUD loans with $500,000 to spare.

The three ex-employees — Wil Morat, Slater Matzke, and Joanna Altman — worked in the city manager’s office and claim they were fired after they complained about their boss, City Manager Greg Nyhoff. Specifically, they say they reported that Nyhoff had gone behind the back of his employees and the council to make a deal with the developer, Southern Land Company, and that his dealings and subsequent influence significantly weakened the city’s leverage and handed too much power to the developers.

The trio’s lawyers — Gwilliam, Ivary, Chlosso, Cavelli & Brewer — now claim that Nyhoff has gone even further to weaken the city’s standing with the developers under the latest term sheet.

“The city has effectively handed over 157 acres with no claw back provisions, no public input process, and not a single requirement that the Nimitz Group perform,” reads a comment from the plaintiff Matzke in the attorney’s press release.

No one from the city manager’s office responded to the Times-Herald request for comment by press time.

Retired petroleum engineer Dave Shipley said he has worked on similar sites worldwide. He said that allowing Nimitz to buy the land instead of lease it restricts any future negotiations about the property.

“As the party providing the property, the City of Vallejo, the only way to ensure development is to structure the deal to require it,” the source said. “An example would be a five-year ‘exploration’ period to determine what they can/want to develop, followed by a 20-year development/operation period, followed by an option to re-negotiate with the city for an additional 25-year lease period. We lose this capability if the city goes forward with a sale instead of the original lease.”

Interim Deputy City Manager Gillian Hayes says term sheets are legally “nonbinding” pre-negotiation tools drawn up by the city that outline what could be expected from Nimitz Group and Southern Land, the property owner and master developer of the Mare Island project. The ultimate terms between the city and the developers lies in the hands of the city council and the mayor.

Nyhoff has asserted that his meetings with Southern Land are standard operating procedure for city managers and that he has done nothing wrong. Robert Stern, founder and president of the Center For Governmental Studies, told Open Vallejo that Nyhoff “could be disciplined or fired for doing something that’s not in the city’s interest, but it doesn’t sound like anything illegal.”

At Tuesday’s council meeting, it was repeated that nothing will go forward with the developers without council approval, but the unspecific contents of the term sheets have raised the hackles of residents that fear another scenario like that with Mare Island property owners Lennar, which was permitted to keep its land vacant while paying a lease of $1 a year to Vallejo.

Randall Strauss, an attorney for the ex-employees, told the Times-Herald that the fact that the term sheet is nonbinding “misses the point.”

Interim Deputy City Manager Hayes released a “FAQ” sheet addressing the public’s concerns with the new term sheet. The document notes the “very significant” investment Nimitz will have to make in the area, including an estimated $20 million in clean “fill” to fix the liquidity and poor soil foundation. This, coupled with the land having a worth of negative $20 million due to all the augmenting that is needed on it, means that selling it for $3 million could actually bring value to the city upfront.

Nimitz claims that they will be unable to attract investors if they have a lease agreement, “particularly when the lease is terminable by the city if vertical development milestones are not met.”

Critics of these points question the notion that it is hard for an entity like Nimitz to gain investors if they are leasing, and Shipley says it is not uncommon to deal with leased land in many development projects.

“If they ‘own’ North Mare Island, could they not simply hold onto the property while using it as collateral to buy a more profitable property?” asks Shipley. “We would lose any performance guarantee. Where is their risk? The city implied they could simply buy back the property, but at what price? We should not subsidize their costs at any point.”