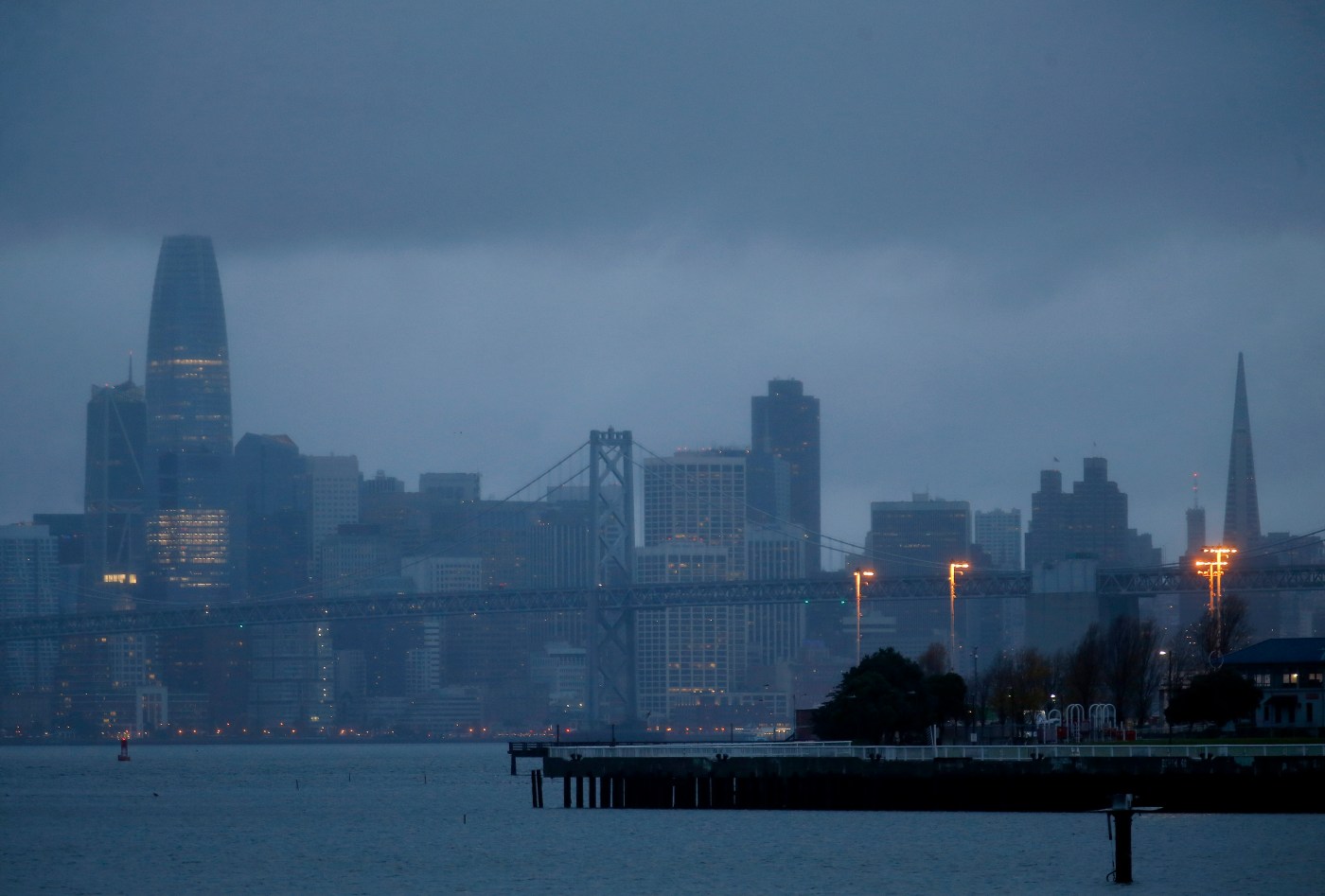 The Bay Area awoke to the pitter-patter sound and pleasant smell of rain Sunday as the first significant storm system of the season moved through the area, bringing much-needed moisture to a largely dry region.

Meteorologist Brooke Bingaman with the National Weather Service said that the rain system that passed through the Bay Area over the weekend will give way to dry conditions for Monday and Tuesday before an even wetter system could come through Wednesday into Thursday.

The rain that Bay Area residents eagerly awaited is helping to deal with the “backlog” in rainfall that the region has experienced. Bingaman said as of Saturday, San Jose Airport had moved from 4% of normal for the season to 10%.

“These little bouts of rain are showing us some improvement, but we’re so far behind we have a ways to go to catch up,” Bingaman said. “But the good news is that the winter pattern is becoming more active.”

Bingaman explained that the pattern meteorologists are seeing suggest waves of rain coming every two days or so for the next week, with dry days alternating: Monday and Tuesday will pass without showers, then Wednesday and Thursday will be wet, before the pattern repeats again with clear skies Friday and a stormy weekend.

For the San Jose area, temperatures are forecast to reach the upper 50s early in the week, with a slight cool-off Wednesday as the next storm system moves through.

“It looks like that one (Wednesday) could be a little wetter than the one we’re experiencing right now,” Bingaman said Sunday morning. She said it was too early to tell if the rain could put a serious dent in drought conditions across Northern California.

“We are in a La Niña period right now, and typically what that does is that it pushes the storm track to the Pacific Northwest, which ends up getting the bulk of the rain,” Bingaman said. “We’re kind of on the southern fringe of that, so that a storm system does every once in a while come south enough to impact our area.”

The lighter rainfall does carry one advantage, though: It won’t overwhelm areas that suffered through recent wildfires. With massive burn scars in the North Bay, on the Peninsula and the Diablo mountain range east of San Jose, Bingaman said significant rain could cause heavy runoff and even mudslides.

“When you have a burn scar from a wildfire, the soils become hydrophobic,” Bingaman said. “That means water can quickly run off and that can cause mudslides. Since we’ve had so many wildfires this year, it’s an increased risk for the winter season.”