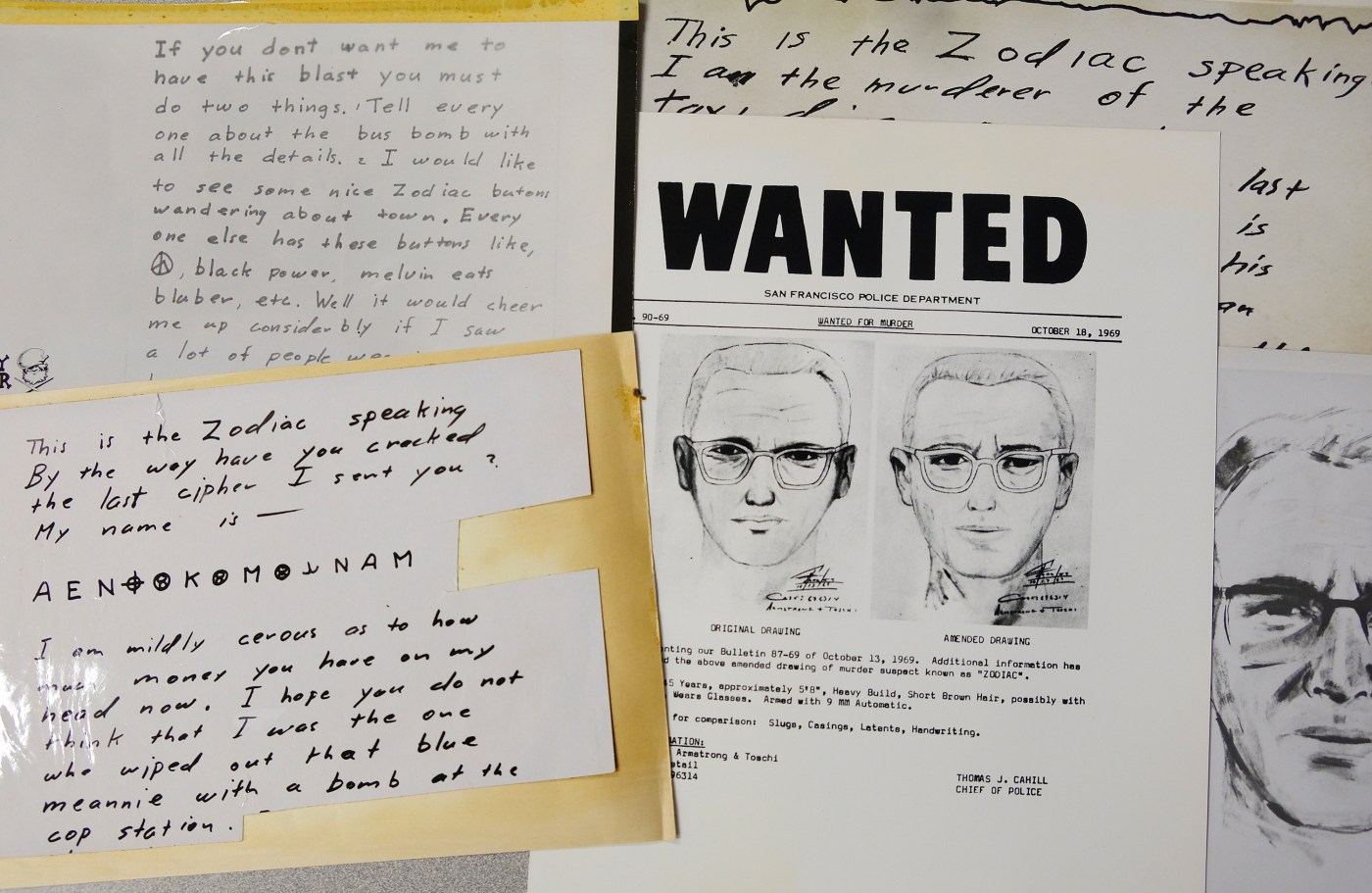 SAN FRANCISCO — A coded letter mailed to a San Francisco newspaper by the Zodiac serial killer in 1969 has been deciphered by a team of amateur sleuths from the United States, Australia and Belgium, the San Francisco Chronicle reported Friday.

The cipher is one of many sent by a killer who referred to himself as Zodiac in letters sent to detectives and the media. The Zodiac terrorized Northern California communities like Vallejo and killed five people in the Bay Area in 1968 and 1969.

According to code-breaking expert David Oranchak, the cipher’s text includes: “I hope you are having lots of fun in trying to catch me. … I am not afraid of the gas chamber because it will send me to paradise all the sooner because I now have enough slaves to work for me,” the newspaper reported.

Oranchak, who has been working on the Zodiac’s codes for years, said in an email to the newspaper that the solved cipher was sent to the FBI.

“They have confirmed the solution. No joke! This is the real deal,” he wrote.

“The FBI is aware that a cipher attributed to the Zodiac Killer was recently solved by private citizens. The Zodiac Killer case remains an ongoing investigation for the FBI San Francisco division and our local law enforcement partners,” she said in a statement.

“Due to the ongoing nature of the investigation, and out of respect for the victims and their families, we will not be providing further comment at this time,” she added.

This is the second time a Zodiac cipher has been cracked. The first, one long cipher sent in pieces to The Chronicle, San Francisco Examiner and Vallejo Times-Herald papers in 1969, was solved by a Salinas schoolteacher and his wife.

It said little beyond: “I like killing because it is so much fun.”