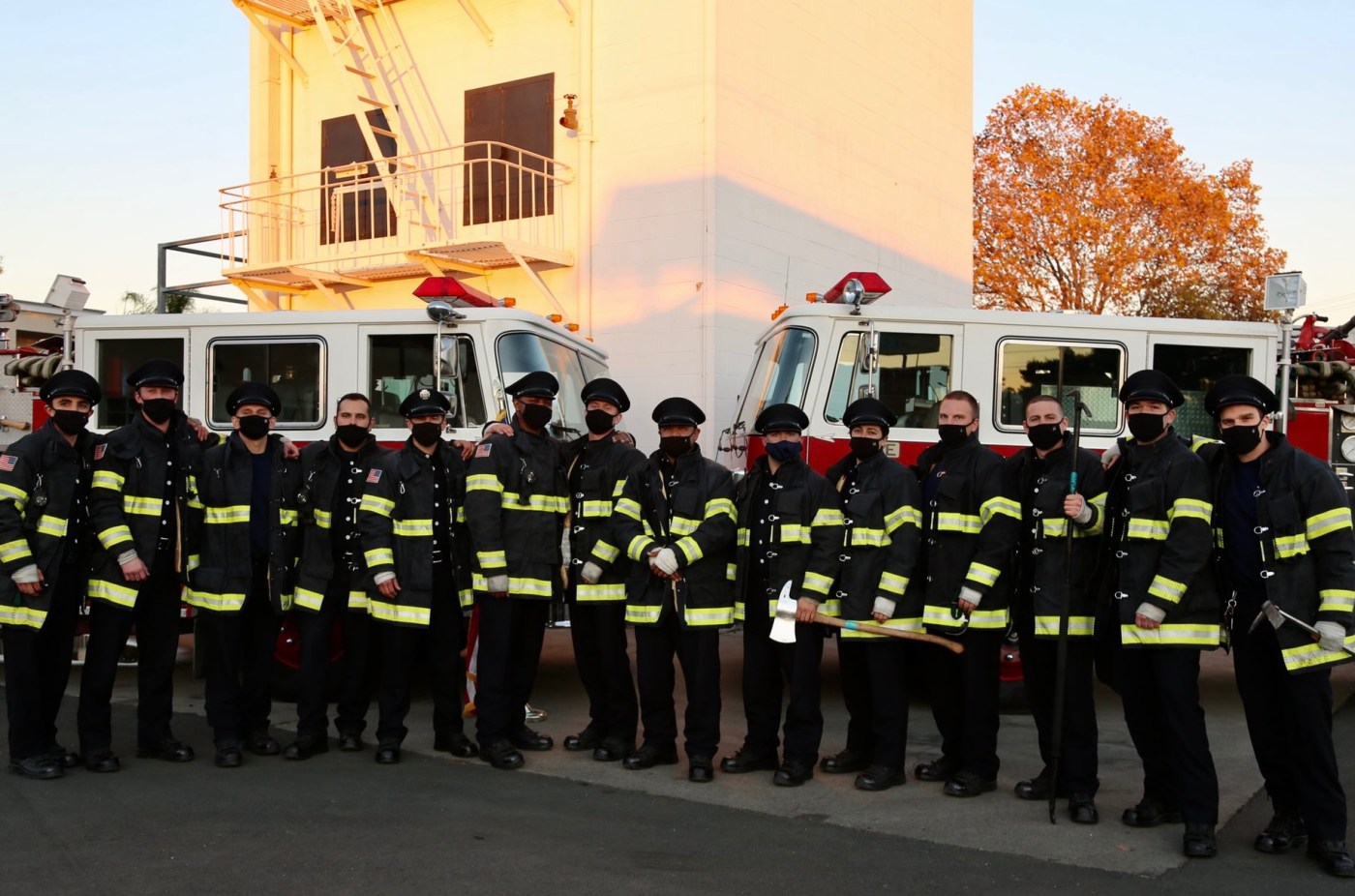 Being a fireman is one of life’s most challenging jobs.

This especially rings true lately in California, where five of the top six blazes in state history have occurred in 2020. This includes the largest, the August Complex Fire, which burned over a million acres in Glenn, Lake, Mendocino, Tehama and Trinity counties.

That being said, 15 new recruits in Vallejo aren’t afraid and it will be a pleasure for them to put out burns.

“This large recruit class is a welcomed addition to our stations,” lead instructor Aaron Klauber said in a news release. “Our staffing levels have been strained for years, and their presence will provide a welcomed relief to our hard working men and women here in the Vallejo Fire Department.”

This academy not only faced challenges brought on by the large class size, but also due to the ongoing COVID-19 pandemic. As an added precaution, recruits were tested weekly for the virus.

“Our normal training classroom simply isn’t large enough to allow for appropriate social distancing,” said Fire Department Training Chief Matt Fenzl. “The fire service prides itself in adapting to overcome any challenge. As such, we found ways to hold our classes outdoors, virtually or in non-traditional classrooms. These recruits have not only learned how to be professional firefighters, but how to creatively conquer any obstacle.”

Training Captain Morty Culverwell in jest added, “If you can find a path with no obstacles, it probably doesn’t lead anywhere!” referring to the unique challenges the new recruits learned to overcome.

The VFD averages an attrition rate of about five employees per year. This comes from both retirements and from firefighters leaving for competing fire departments. This large class size will make up for several years of under-hiring.

“What stood out the most about those class was their resilience in the face of numerous challenges throughout the academy as well as the close bond all 15 recruits forged together,” Klauber said. “They are a strong academy class that show great promise for the future of our department.”

This is the largest class in VFD’s history. The oldest recruit is 33, while the youngest is 24. It also contains the first female in nearly 20 years — Shannon Thompson. According to Klauber the last time Vallejo Fire graduated a female from the academy was Dyhanne Simpson in 2001.

An added bonus is the benefit of a FEMA ‘SAFER’ grant, which largely subsidizes the cost of the 15 new firefighters.  A SAFER grant is designed to assist municipalities with boosting fire department staffing levels by covering the majority of the cost of a new firefighter over their first three years with the department.

The 15 new firefighters will remain on a probationary status through their first full year of employment.  The VFD also participates in the California Joint Apprenticeship Committee, which outlines a rigorous training regiment for the new firefighters over their first three years. The department benefits from this program by receiving monetary reimbursement for hours spent training.

“This is a monumental day for Vallejo residents and I am delighted to see these new Apprentice Firefighters begin their careers,” Arbuthnott said. “These new Firefighter Apprentices will be inserted into the daily lineup of staffing, filling several existing vacancies. This class also represents nearly one-third of the department’s overall suppression staffing, which means their training and development is critical to ensure their safety.  Class 2020-1 will now enter the practical phase of their training and development.”

California’s fire seasons have grown longer and more destructive year after year.  In fact, not only have the last five fire seasons out paced all previous fire seasons, but the 2020 fire season again broke records for the most acres burned- quickly topping the 4 million acre mark.

This year, the Vallejo Fire Department deployed firefighters across the state, from the Lake Fire near Los Angeles, to the August Complex near the Oregon border. These new recruits will have their opportunity to help combat California growing fire season soon enough.

“I have a 30-plus year career ahead of me, and the challenges that this academy class overcame together has created a bond that we will share for the rest of our time here in the Vallejo Fire Department,” Clauzel said.