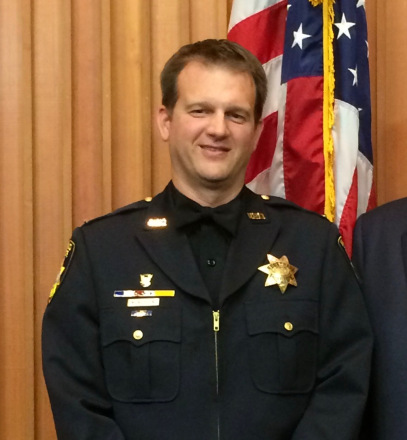 The lawyer for the Vallejo Police Officers Association confirmed that an email sent to a reporter from the organization was written by its president, Lt. Michael Nichelini.

The letter was sent on Dec. 7 to former San Francisco columnist Otis R. Taylor, Jr., who is leaving the paper to work at the Atlanta Journal-Constitution. It reads, “Looks like 2021 will be a little bit better not having your biased and uniformed (sic) articles printed in the newspaper that only inflame the public … you have never looked for the truth in any of your writings … We will warn our Georgia colleagues of your impending arrival.”

Taylor told the Chronicle that as a Black man moving to the South, he perceived the message as a “veiled threat,”

“You mean to tell me that you are going to tell police that I am coming? Like, you’re telling a Black man that you’re calling the police on him, essentially,” Taylor said.

KTVU reporter Henry K. Lee confirmed that the message was sent by Nichelini and said that VPOA attorney Michael Rains stated that the email was not a threat, but was rather sent “out of frustration.”

In an interview with KTVU, Rains apologized. “I understand the perception that something like that can have, as a lawyer, and for that reason, I certainly want to apologize to Mr. Taylor.”

Vallejo Chief of Police Shawny Taylor released a statement on Dec. 8 saying that the email “deeply disturbed” him.

“We deeply regret Mr. Taylor’s unfortunate experience,” he said. “We take this matter very seriously and want our community to know that we will continually strive to be a positive reflection of growth and change in the City of Vallejo.”

Chief Taylor also said that if a violation of city or department policy is found, he would take “appropriate corrective action.”

The Times-Herald asked the Vallejo Police Department if Lt. Nichelini will be disciplined, but did not receive a response by press time.

Nichelini is currently on paid leave for allegedly destroying evidence in the Sean Monterrosa case. Monterrosa was shot and killed by police on June 2 when they claimed a hammer in his waistband was mistaken for a gun.