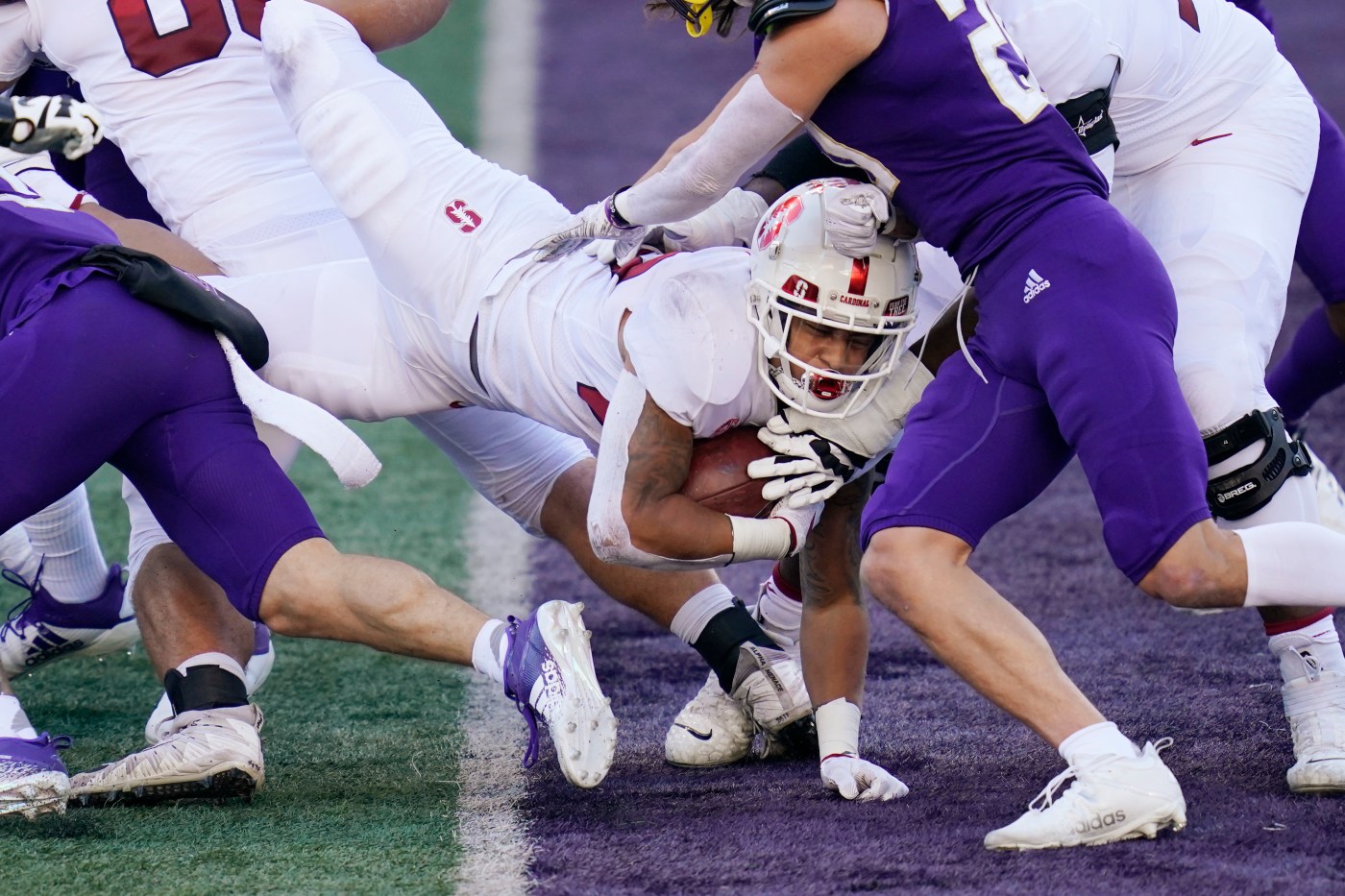 Stanford capped a draining week with its first upset of the season.

After being forced to spend the week in Seattle because it was prohibited from practicing in Santa Clara County, Stanford (2-2) used a dominant run game to beat No. 23 Washington 31-26 Saturday at Husky Stadium.

The Cardinal had the fewest rushing yards in the conference entering Saturday, but Austin Jones had 31 carries for 138 yards and two TDs and Nathaniel Peat had seven carries for 44 yards and a score.

Quarterback Davis Mills completed 20 of 30 passes for 252 yards, a TD and no interceptions to complement the ground game.

Stanford flew to Seattle on Tuesday because of a Santa Clara County health order that banned sporting events and practices that went into effect on Monday.

The Cardinal practiced at Washington’s indoor facility Tuesday night, and then at local high schools during the week before conducting its Friday walkthrough at a public park near its hotel.

Jones, who has scored seven touchdowns this season, had two in the first quarter as Stanford reached the end zone on its first three drives. The Cardinal had eight runs and no passes on goal-to-go situations in the first half, with Jones scoring twice and Nathaniel Peat once.

Jet Toner also made a 42-yard field goal – his fifth straight make since going 0-for-4 in the season opener – as Stanford went into halftime up 24-3.

Washington (3-1) came back from a 21-point halftime deficit last week against Utah and almost did it again on Saturday.

The Huskies scored touchdowns on three straight drives to start the second and had the ball at the Stanford 10 down 31-23 after recovering a fumble by Stanford running back Austin Jones.

But the defense held the Huskies to a 45-yard field goal with help from two holding penalties.

Simi Fehoko fought off defensive pass interference to make a 25-yard one-handed catch on third-and-11 to extend the drive, and Jones ran for three first downs, including a fourth-and-inches from the Washington 12 with 38 seconds left.