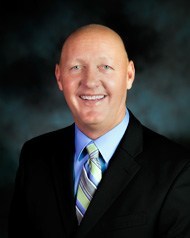 A lawyer for three former City of Vallejo employees who claim they were wrongly terminated by City Manager Greg Nyhoff says is set to file suit against the city at the beginning of the year, with damages in excess of $3.8 million.

“Their only “offense” was speaking up against a City Manager who had allowed, encouraged, and directly participated in creating and sustaining a workplace environment that cultivated and allowed sexual and race harassment and bullying,” reads the pre-litigation claim filed by the plaintiff’s attorneys this August. “(Nyhoff) engaged in unethical and improper actions, including graft and corruption, and during an investigation they were compelled to participate in City Council Members and the City’s investigator under the threat of termination. The protected actions of my clients resulted in their termination and was followed by a series of press communications aimed at ruining their reputations.”

The impetus of the upcoming suit involves an evaluation of Nyhoff’s performance that had been ordered in January of 2019 by the Vallejo council. Outside lawyer Christopher Boucher appointed independent investigator Linda Daube to oversee it.

“Unfortunately, it turned back on them, and as soon as this investigation was done, they were terminated,” Gary Gwilliam, lead counsel for the plaintiffs, told the Times-Herald.

The three sprawling claims filed against the city outline multiple accusations against Nyhoff, most of which they say were relayed during their Daube interviews.

All three plaintiffs say that they took part in or knew of “attempts to resolve the harassment, discrimination and bullying of a Black employee who worked for ([Nyhoff)” that they say were ignored by the city’s human resources department. According to the claim, the employee reported that she was being harassed because of her race and sex.

In all the claims, Nyhoff is quoted as saying during a senior leadership team meeting about diversity, “I was a racist into my thirties. I did not trust Mexicans or African-Americans. I did not go into their neighborhoods because I thought they would rob me. I didn’t talk to them, I didn’t associate with them. I was scared of them.”

Mike Malone, African American director of the Vallejo Water Department, told the Times-Herald that several department heads were at that meeting, many people of color like himself, and heard what Nyhoff said and were not offended by it.

“As most people know, the City of Vallejo has a diverse group of department heads and many of them were at this meeting,” he said, adding that it was it was not interpreted negatively by them and that it was viewed as Nyhoff describing his personal evolution and how much he had grown and appreciated the diversity of the staff.

In addition to the accusations of discrimination, Morat alleges that Nyhoff often worked against the interest of the city. He worked closely with Nyhoff on the Nimitz deal to develop Mare Island and he alleges that the city manager worked in the interest of the developers and not the city when he refused to make deadlines less open to interpretation in the project’s term sheet. In the terms, Nimitz is supposed to hit certain benchmarks by certain dates. Morat said he wanted firm definitions about what would be completed and when, but that Nyhoff wanted Nimitz to be able to say that they had made “substantial” progress by a certain time, without defining “substantial.”

According to the claim, Morat felt the term could cause legal problems if there was a disagreement between Nimitz and the city as to what “substantial” actually meant. He alleges that he told Nyhoff that it could lead to litigation in five years, but that the city attorney responded, “I don’t care, I won’t be here five years from now.’”

Matzke alleges in the claim that Nyhoff “failed to put the best interests of the city above his own; used his position to benefit developers, such as favoritism to the provision of favors to Mare Island developers with whom Mr. Nyhoff had developed deep personal relationships; and threatened his subordinates when they questioned his decisions and conduct.”

The Times-Herald reached out for a response from the city about Nyhoff but could not get a comment by press time.

Christopher Boucher spoke to ABC Channel 7 News on Thursday and said that all of the employees names were redacted from the final report given to the council about Nyhoff, and that he was ultimately exonerated by the council after they found no evidence of any harassment or discrimination. He did say, however, that he recommended terminating the three to Nyhoff, for “bona fide, independent reasons that were unrelated.”

In the same interview, Chief Assistant City Attorney Randy Risner said that Nyhoff had the right to fire the employees “at will” and that he could do so merely “if he doesn’t like them, and he doesn’t feel that they fit on his team.”