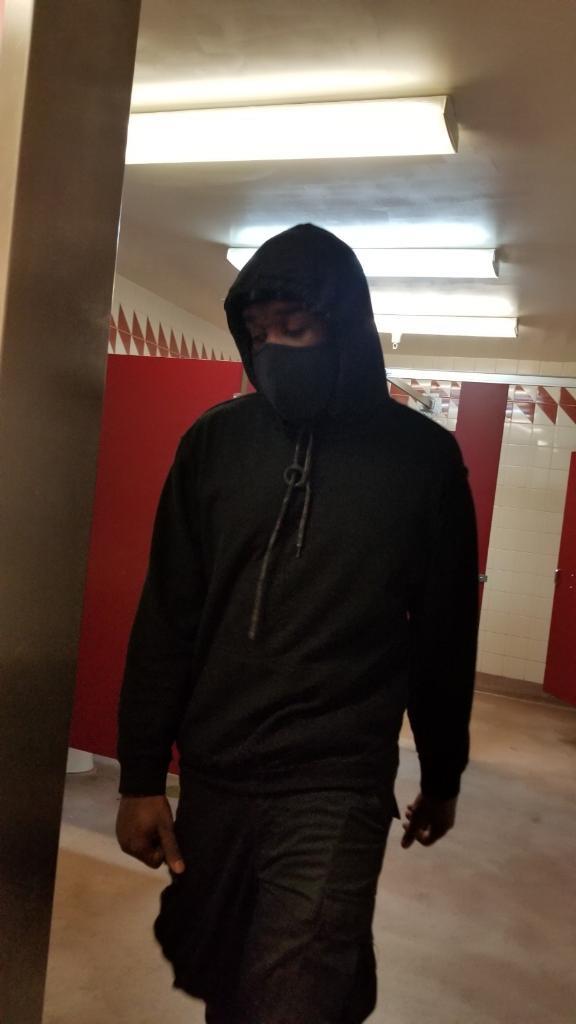 Vallejo Police have released a photo of a man they believe is responsible for attempting to take photographs or videos of women in public restrooms, spokesperson Brittany Jackson said.

The “invasion of privacy” investigation was prompted by two separate instances. On October 26, a woman was using a public restroom when she reported that she “observed a cell phone protrude from underneath a stall partition from an adjoining stall,” VPD said in a news release.

A second incident occurred on Tuesday in the same restroom. The woman reported a man attempting to videotape her while she used the bathroom, police said.

In both instances the suspect was confronted and fled before police could arrive, but a picture of him was taken. The image shows what appears to be a Black male, roughly 5’10”, with a slender build.

Anyone who thinks they might have been a victim of the suspect, or who thinks they recognize the person in the photo, is encouraged to contact Detective Corporal Martinez at (707) 917-4123.

“We are also encouraging community members and business owners aware of any kind of loitering, misconduct or illegal activity pertaining to the use of gender specific restrooms to contact the VPD for assistance,” said Jackson.