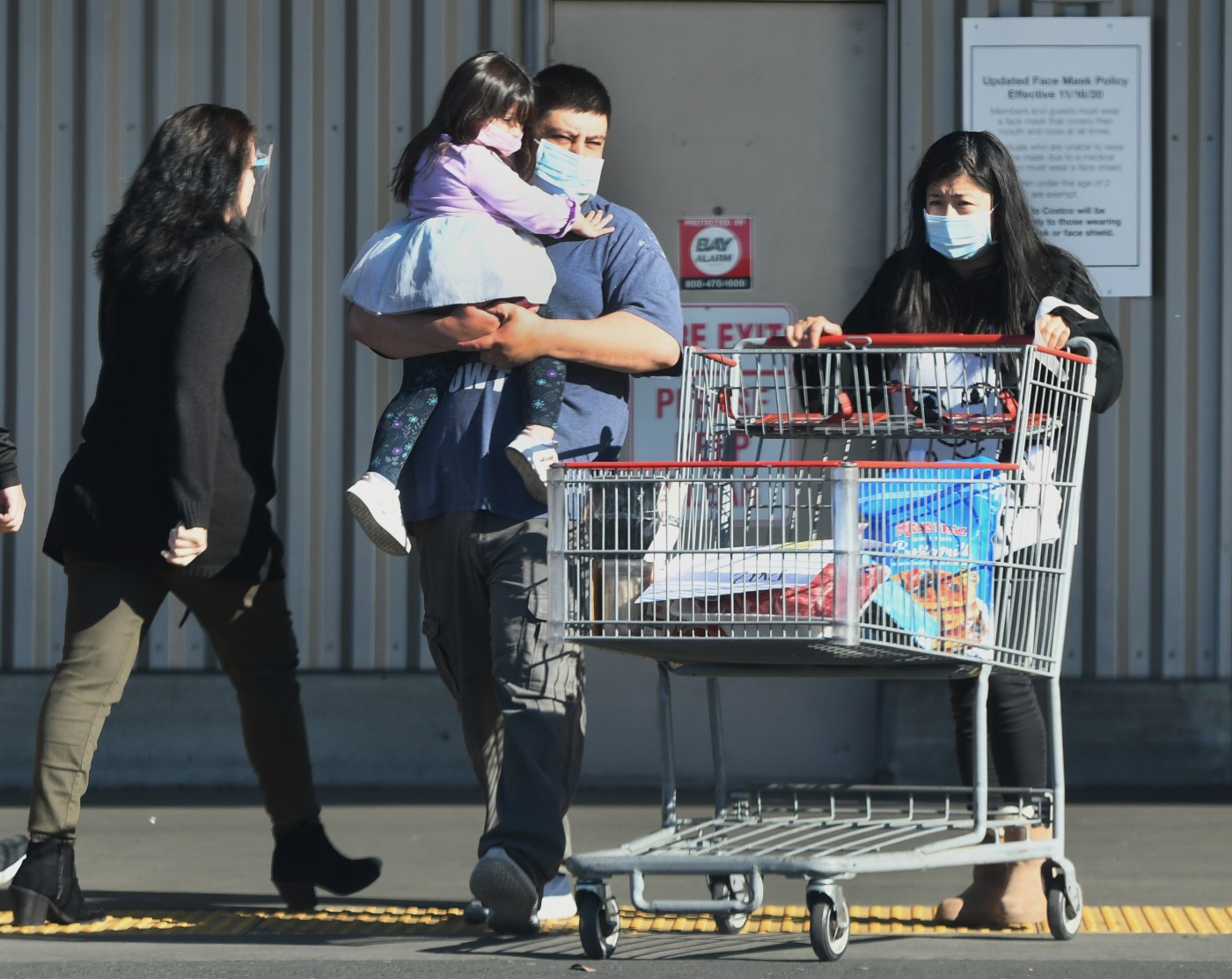 Aunts, uncles, cousins and friends are urged to take a raincheck on Thanksgiving this year as health officials urge immediate-family only gatherings.

Yes, “it’s going to be a different holiday,” said Jayleen Richards, Solano County Public Health Administrator, acknowledging that residents “have had to change lives in a significant way and we’re asking them to change what they do during the holidays: safe, small and short holiday gatherings. Keep it to your immediate family at your house and don’t go to multiple locations. And don’t have very long holiday celebrations.”

Not a simple request, Richards acknowledges.

“Some will struggle to have a short Thanksgiving,” she said.

Don’t expect life with COVID-19 to improve soon. Apparently, the only red at Christmas will be Santa’s suit. Solano County — and much of the state — will be stuck with purple tier restrictions into the New Year, said Richards.

“The earliest they’re predicting that we’ll get back to (the less restrictive) red is late January,” said Richards, explaining that the county must lower its COVID-19 positive rates to red tier status for at least three weeks before progressing from purple.

Solano is one of 41 of the 58 counties in California tagged  “purple tier” after a recent spike in positive COVID-19 cases. Hospitals state-wide saw an 81.3 percent increase in coronavirus cases since Nov. 10.

“I think we’re following the trend with the rest of the state right now,” Richards said. “I will tell you one thing we’ve noticed with our data during this surge — less people are in the ICU at this time and we haven’t experiences as many deaths and that’s good.”

Richards surmised that it’s because the surge is mostly younger people who “are a little more resilient. But some live with older adults who are vulnerable.”

There are those who resist COVID-19 protocols, including limiting the number of family members at holiday gatherings, Richards agreed.

“I hope they think about their loved ones and aren’t just thinking about this holiday season but they’re thinking about future gatherings,” Richards said. “You want to make sure we keep our loved ones healthy. Yes, we’re asking to have smaller gatherings. We hope that next year people can have everybody around the table and others will still be there.”

Social gatherings “are the main reason we’re seeing significant increases (of COVID-19 cases) in Solano County,” continued Richards. “That’s been the main reason for some time. We’re social people. We like getting together with friends and family. This has been a big change in how we socialize, how we work, how we play, and even how we learn. It’s hard. I’ve just been amazed how everybody has been resilient and trying to work through it.”

There were 60 COVID cases in a Solano hospital “and we didn’t have that type of number even in late June, July, even with the first surge,” Richards said. “We want to protect our hospitals and protect the public health system.”

While the world awaits a COVID-19 vaccine, Richards encouraged everyone to get a seasonal flu vaccine.

“We’re pushing that a lot this year,” she said. “If people get their flu shots, they’re less likely to enter the hospital because of the flu, with hospitals already dealing with COVID.”

With at least three major companies presumably on the verge of releasing a vaccine, Richards said health officials on the local and state level are getting plans in place for distribution. She expects health care workers, those on the front line, and those who are high-risk to be priority.

Though the hope is by mid-December, Richards said a widely-distributed vaccine likely won’t happen “until late into 2021.”

It’s also likely, Richards added, that it will be a “two-dose” vaccine, where people might need a second dose around 30 days after the first one.

Whether an annual COVID-19 vaccine will be required, “I don’t think we know that yet,” Richards said, emphasizing that Gov. Gavin Newsom doesn’t make isolated decisions.

“Health professionals and scientists are at the table. They don’t all agree, but they’re looking at the best practice for curbing a pandemic and giving him (Newsom) advice,” Richards said.