Wolf Navarro knows everything about guitars. Well, that’s what somebody told the producers of Pawn Stars, anyway. Navarro doesn’t make that claim himself but when a mutual friend from the NFL/custom car reality show Tackle My Ride shared a photo of the Humboldt guitar craftsman’s work, landing him an interview with the Pawn Stars folks, he went for it. 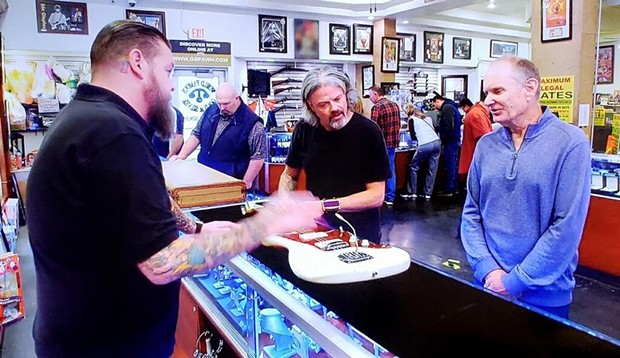 The History Channel show’s guitar expert had just departed and its producers were looking for a new face to show up in the Las Vegas shop to geek out over vintage instruments and music history. Navarro is more than qualified to research and estimate the axes up for negotiation on Pawn Stars, having been in the custom guitar business since 2009, spending time at guitar shows and learning his craft from local artisan Gabe Douge of Black Devil Guitars. 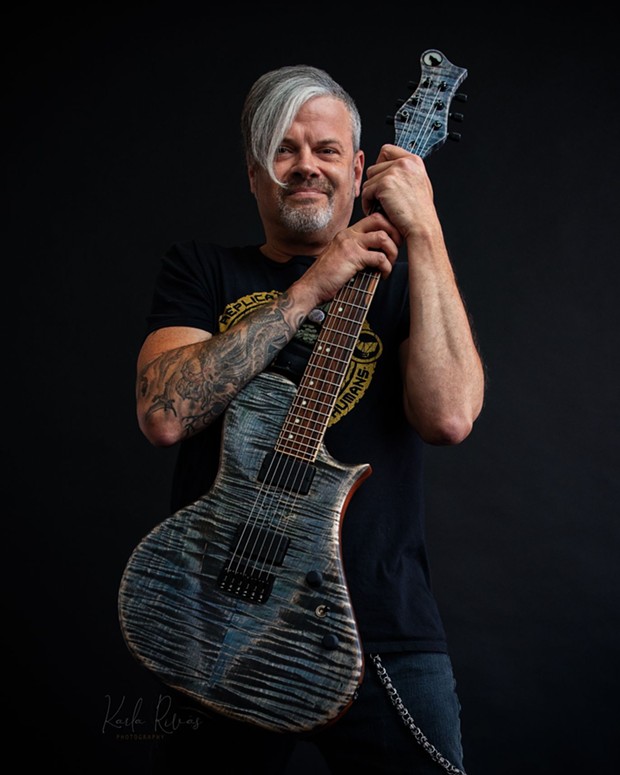 So far, Navarro has filmed three episodes, one of which has already aired, season 17, episode 25. In that one, he evaluated a 1962 Fender Jazz Master, which he says is from “the last era of what they called the thin slab finger boards.”

The gig doesn’t pay, though he hears the exposure is good for business, which has lagged with the demand for fancy custom guitars during the pandemic. The show does, however, spring for his flight and hotel. “Either way, it’s fun — I get to get outta here for a day or two and wander around Old Vegas,” says Navarro, though he’s not much of a gambler. Just as fun for him is seeing the inventory at the pawn shop. “How much stuff they have in this place is amazing,” he says, recalling the waiting room filled with Picassos and art from Where the Wild Things Are. 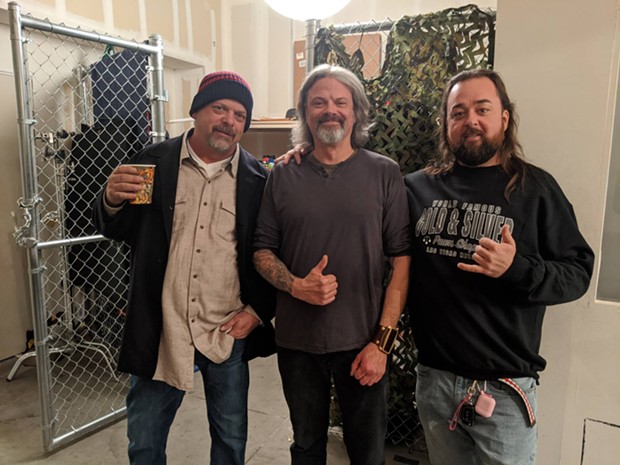 He’s holding off flying out until COVID-19 safety concerns settle a bit. Until then, he’s waiting for the other two episodes to air, though he’s not sure when. “I just have to watch like everybody else.”

Editor’s note: This story was updated to show the correct year Navarro started working with guitars as 2009.