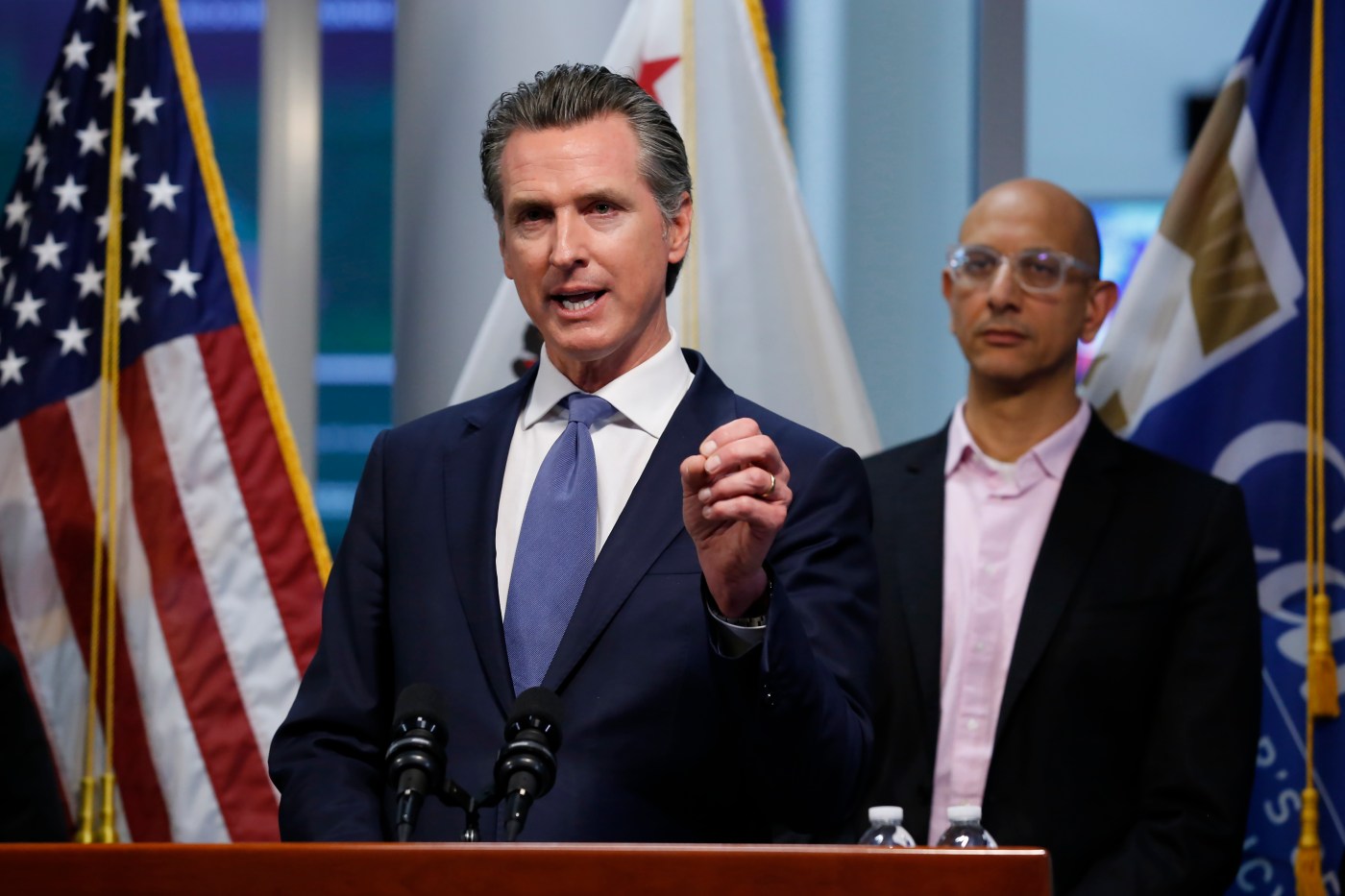 Gov. Gavin Newsom on Thursday announced a curfew limiting the nighttime movements of more than 90% of Californians.

The order, intended to deal with a worrying surge in coronavirus cases, requires most non-essential work, movement and gatherings to stop between 10 p.m. and 5 a.m.

The order goes into effect 10 p.m. Saturday and will last until at least 5 a.m. Dec. 21. It applies to counties in the purple tier — or 41 of the state’s 58 counties. That includes all Bay Area counties except San Francisco, San Mateo and Marin.

“The virus is spreading at a pace we haven’t seen since the start of this pandemic and the next several days and weeks will be critical to stop the surge. We are sounding the alarm,” Newsom wrote in a news release. “It is crucial that we act to decrease transmission and slow hospitalizations before the death count surges. We’ve done it before and we must do it again.”

The idea is to reduce opportunities for disease transmission without completely shutting down the economy. Experts say activities taking place at night are more likely to be non-essential social gatherings, during which people may be more likely to become intoxicated — making them less likely to adhere to mask-wearing and other health guidelines.

Under the order, people from the same household are allowed to venture out together after 10 p.m. as long as they don’t interact with anyone else. The order does not apply to people without housing.

There is no mention in the order of how the curfew will be enforced.

“Because we need to be doing more aggressive things to take this on, to really change the direction that things are going,” he said. “Because they’re going very quickly in the wrong direction.”

Swartzberg would like to see the state go even further, even reverting back to the full stay-at-home order imposed in March. But the curfew is an important step, he said. For one thing, it sends a strong message to the public that the surge in cases must be taken seriously.

It’s unclear how the curfew will be enforced. But when broad shelter-in-place orders were issued on the county level in March, violations carried the potential consequence of a misdemeanor citation.

San Jose police Chief Eddie Garcia said he did not get any advance notice about Thursday’s curfew order, but added that his department’s approach will be similar to the initial shelter-in-place orders near the beginning of the pandemic.

That means a priority on educating violators about the orders before resorting to citations, and stopping short of making police stops solely because someone is outside in violation of the curfew.

“This isn’t too different from when we went to shelter-in-place, so my stance is not going to be any different,” Garcia said.

This isn’t the first time this year the Bay Area has been under a curfew order. Following two nights of chaotic protests in May, San Jose enacted an 8:30 p.m. curfew May 31. Over the course of the four-night-long curfew, officers arrested dozens of protesters and sometimes non-protesters for violating it. The move elicited criticism both from residents and activists who saw it as an infringement of their free-speech rights, and then from law enforcement after the Santa Clara County District Attorney’s Office and the city later announced it would not be charging any standalone curfew violators.

Garcia sought to distinguish Thursday’s curfew order from those issued in the Bay Area during protests over George Floyd’s killing in Minneapolis, asserting that those orders in late May and early June were meant to quell tangible crime concerns, namely violence and looting. But broadly, he remains wary of putting officers in the position of significantly increasing their volume of enforcement stops for curfew violations and potential negative or dangerous interactions with residents.

“I don’t want law enforcement to be holding the bag on this,” Garcia said. “Under no circumstances is a violation of this curfew going to be probable cause for detention.”

The curfew order comes as coronavirus cases are surging in California. The state reported more new infections in the past week than during any other seven-day period, and hospitalizations and deaths are increasing too. On Wednesday, county health departments around California combined to report 11,646 new cases and 107 new deaths, according to data compiled by this news organization — the highest single-day death toll since Oct. 21 and just the third time at least 10,000 cases have been recorded on three consecutive days.

Newsom took steps earlier this week to reduce the spread, moving most counties back to the purple, or most restrictive, tier in his reopening plan — forcing them to shutter restaurant dining rooms and other indoor businesses.

Newsom on Monday threatened to impose a curfew to help keep COVID-19 cases down, but didn’t provide further details at the time. Curfews of varying intensity and other restrictions have been imposed around the country in recent days as virus cases surge nationally. New York last week mandated businesses with liquor licenses close indoor and outdoor dining by 10 p.m., and New York City on Thursday suspended in-person classes for students.

El Paso, Texas imposed even stricter measures, requiring people to remain at home at night unless they’re required to travel for emergencies or essential services. Washington also imposed new restrictions throughout the state this week, including banning indoor social gatherings with people from multiple households unless participants quarantine beforehand. And Los Angeles County officials have threatened to impose a new stay-at-home order and a 10 p.m.-to-6 a.m. curfew.